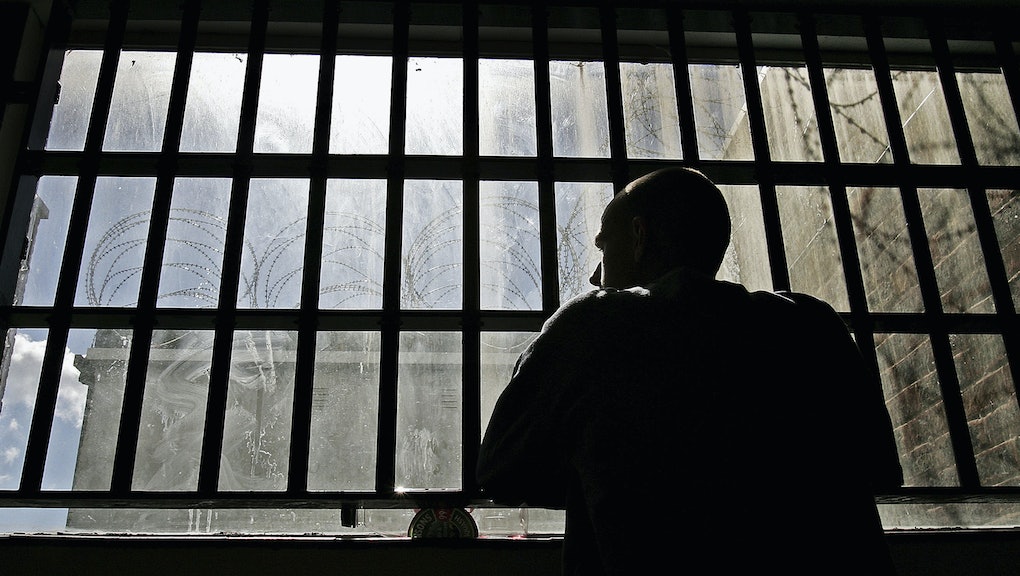 The Maryland General Assembly on Tuesday overrode a veto by Gov. Larry Hogan of a bill that will restore the voting rights of citizens who have completed prison sentences but are still barred from voting. That means that as of this spring, the state will have 40,000 potential new voters.

With the provision's passage, Maryland becomes the 14th state in the nation to return voting rights to people who are out of prison.

Prior to the state legislature's move, those convicted of felonies were required to complete every step of their sentence before regaining the right to enter a voting booth. So while an individual may have completed their prison sentence, they still had to wait until other parts of their sentence like probation and parole supervision were completed to be re-enfranchised. The bill, which passed despite the pushback of the state's Republican governor, means that the end of an individual's time in prison marks the end of their suspended voting rights. And if someone convicted of a felony is never sentenced to prison time, they'll never lose their right to vote.

How it happens: The law goes into effect on March 10. Then, 40,000 or so individuals with restored voting rights will have a little less than a month to register to vote in the state's April 26 primaries, although there's also same-day registration available during the early voting period prior to the official primaries.

"This is a victory for civil rights that comes at a critical moment for our state and our nation," Gerald Stansbury, president of the Maryland State Conference of the NAACP, said in a statement. "40,000 Marylanders who, until today, have been locked out of the process by an unfair law and an unjust criminal justice system have regained a fundamental right of citizenship, the right to vote. The majority of citizens regaining their voting rights are African-American and it has never been more important that their voices are heard in local government, the halls of the State House, and by our federal representatives."

States across the country vary a great deal in the way in which they disenfranchise felons. Some states, like Florida, strip all people with felony convictions of their voting rights for life. Others, like Alabama, allow some people with felony convictions to re-apply for voting rights if they complete their sentence and pay fines, while permanently disenfranchising people convicted of certain particularly severe crimes like murder and rape. A couple states, like Vermont, impose no disfranchisement on people with criminal convictions.

Removing and according voting rights to people with criminal convictions is a highly politicized issue. The people entangled in the criminal justice system are disproportionately likely to be low-income and people of color — demographic characteristics that skew Democratic. In the case of tight races, their presence in the electoral process would likely change outcomes, generally in favor of liberals. By some estimates, if ex-felons were re-enfranchised and voted in significant numbers, they could've reversed the result of multiple presidential elections in American history.

America's harsh attitude toward former felons is extremely unusual among affluent democracies. It also seems to contradict the idea that the purpose of time in prison is to rehabilitate citizens. If someone has been determined to be well-adjusted enough to society to work and pay their taxes, then it seems appropriate to trust them with the ability to vote as well.