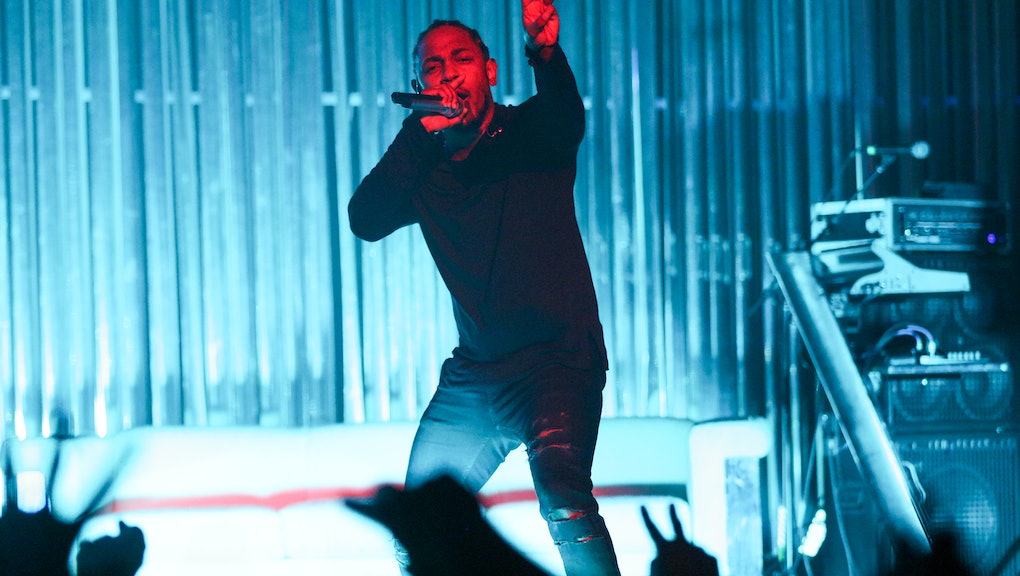 How Many Grammys Has Kendrick Lamar Won?

Rapper and Compton, California native Kendrick Lamar is leading this year's Grammys nominated pack with a whopping 11 nominations, including every rap category, album of the year with To Pimp a Butterfly and song of the year with "Alright." This year's likely wins would make major strides in hip-hop's current level of recognition with the Grammys.

Lamar has previously won two Grammys in 2015: best rap performance and best rap song with his song "i." The song was off of his March 2015 chart-topping, record-breaking album To Pimp a Butterfly.

After winning his 2015 Grammys, Lamar released the sociopolitically-influenced single called "The Blacker the Berry."

In 2014, Lamar was nominated for seven Grammys, including best new artist, best rap album for Good Kid, M.A.A.D City and best rap performance. He went home with none, and was considered snubbed by Macklemore & Ryan Lewis, Billboard reported.