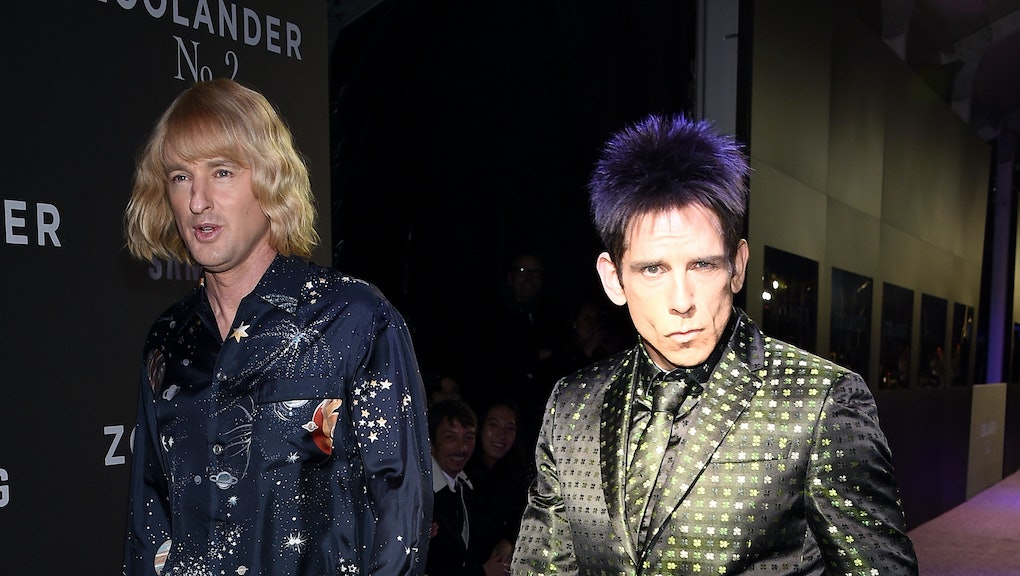 Fifteen years after the first Zoolander movie, Ben Stiller is back for a 2016 follow-up to the fashion industry comedy. In Zoolander 2, which will hit theaters Thursday, Stiller will reprise his role as clueless male model Derek Zoolander. Owen Wilson will return as frenemy and fellow model, Hansel, and Will Ferrell will be back as fashion villain Mugatu. Here's a full preview of Zoolander 2, details about the plot and celebrity cameos to expect.

"The first time around, we were outside of the fashion world," Stiller, who also directed and co-wrote the film, told the New York Times. "I really don't think I've ever been part of a movie that its fans had such a strong connection to it. ... So it kind of spurred me to want to look into making [a sequel] happen."

The new film will feature celebrity cameos from a number of famous designers and fashion industry players, among them Marc Jacobs, Tommy Hilfiger, Valentino, Alexander Wang and Anna Wintour, the New York Times reported. Justin Bieber will also make a cameo the film, Time reported, but he gets killed-off early on.

Penelope Cruz and Kristin Wiig will also appear. So far, details of the plot haven't been fully revealed, but, from trailers and interviews, it seems as though aging supermodel Derek Zoolander and his friend Hansel will be called back into action when beautiful people start mysteriously dying all over the world.

Honestly though, as long as Ben Stiller/Derek Zoolander flashes that Blue Steel at the camera at least once, it doesn't even matter what happens in the rest of the movie.