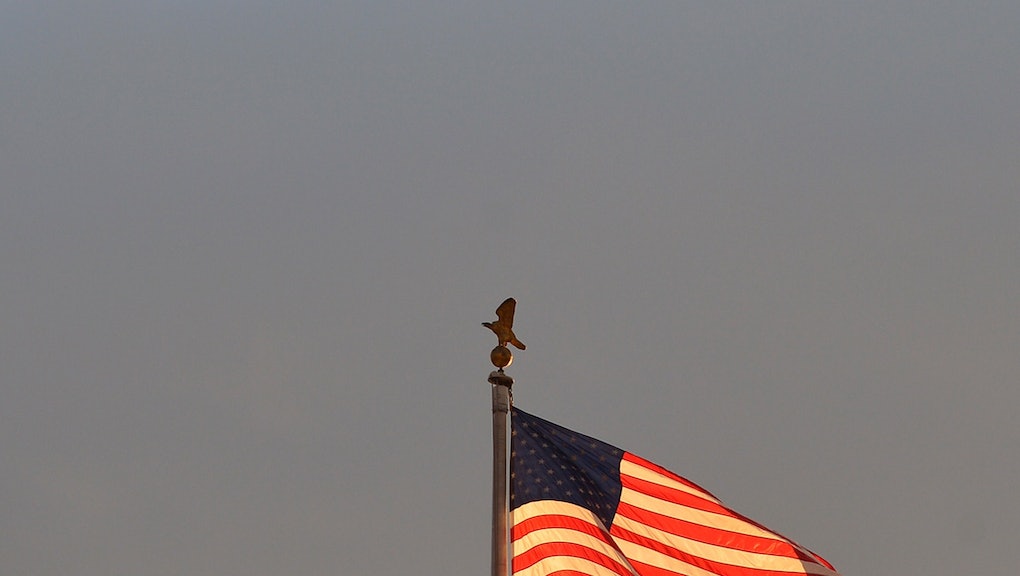 Oh America, land of controversies. This special comes courtesy of Glen Allen High School in Glen Allen, Virginia, where some parents are unhappy their kids are learning about racism.

According to WWBT, an animated film titled "The Unequal Opportunity Race" was screened as part of a schoolwide Black History Month program. The four-minute video — which was originally commissioned by the African American Policy Forum in 2010 — uses a foot race as a metaphor for racial inequality in the United States.

The minor backlash the film received from some parents, guardians and observers has since been picked up by the area NBC and ABC affiliates, as well as conservative outlets like Fox News and the Blaze, which have derided it as a "white guilt" video.

At the beginning of the film, two white runners and two black runners set up at the starting line of a race track. When the gun pops, the white runners take off, but the black runners are forced to sit there as their counterparts lap them repeatedly, passing dollar-sign-labeled batons that grow bigger by the second — a clear stand-in for intergenerational wealth.

As this is happening, a timer is running in the background, meant to connote all the years since 1492, when Christopher Columbus first landed in the Americas. The black runners take off once the clock hits 1964, the year the Civil Right Act was passed, but still meet various obstacles along the way.

It's incredibly heavy-handed, and very clearly dated, but none of it is unfair, which makes some of the responses all the more puzzling. Most people seem to have taken things in stride, saying the video could lead to productive discussion.

Others? Not so much.

"They are sitting there, watching a video that is dividing them up from a racial standpoint. It's a white guilt kind of video," said Don Blake, whose granddaughter attends Glen Allen, told WWBT. "I think somebody should be held accountable for this."

"[Martin Luther] King gave his life so that America would be a place where we are judged by the content of our character, not the color of our skin," added radio personality Craig Johnson. "Now we have poverty pimps being led by our current president, Barack Obama, who, all they talk about is the color of skin."

"A lot of people thought it was offensive to white people, and made them feel bad about being privileged," Glen Allen High student Kenny Manning told WRIC. "Others thought that it was good to get the information out there. There is oppression going on in the world, and that needs to be looked at with a magnifying glass, I guess."