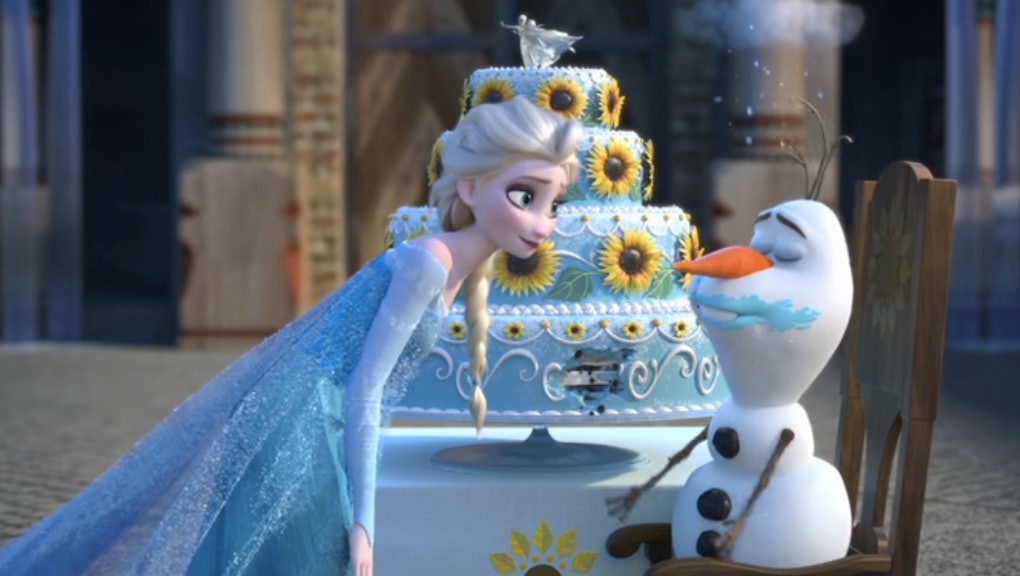 On Jan. 4, Austin Lacey dressed up as Frozen's Elsa for "Disney Day" at Ethan Chase Middle School in Menifee, California. And his classmates weren't just supportive — they were thrilled. According to KTLA, his peers loved the costume and snapped photos with Lacey, who sported a blonde wig and the character's signature blue dress.

But the 13-year-old didn't even make it to his first class before someone spoiled the fun. In a Facebook post, his mother Brooke Francev said a campus supervisor approached Lacey and told him to remove the outfit immediately, at the principal's request. "He was informed the principal does not agree with boys dressing like girls," Francev wrote.

According to the post, Francev later met with the principal, who said her son's costume was "dangerous" and "a distraction" to the other students. "The statement made to me was, 'It is not OK for boys to dress like girls or girls to dress like boys,'" Francev said.

The school has a record of disciplining students for dress code issues. In October, the school reprimanded a male student who wore a pink tutu for Breast Cancer Awareness Month, saying that he was "attempting to incite a riot." Francev alleged that school officials even asked that student in front of his classmates if he were gay and whether his father was in the picture.

Though the school didn't respond to these claims, Romoland School District superintendent Julie Vitale released a statement regarding Lacey, reported KTLA, which shared an excerpt:

"This action was taken in accordance with district policies. At no time was there an indication that the student was expressing any particular message. The principal's action was based upon the need to stop a general disruption to the school environment."

Lacey plans to rally his classmates to crossdress this week to strike back against the school's policies and support LGBTQ students.

Lacey never expected his Elsa costume to make such a statement. "I wore it for fun, I'm just one of those people," he told KTLA. "I like to go all out."