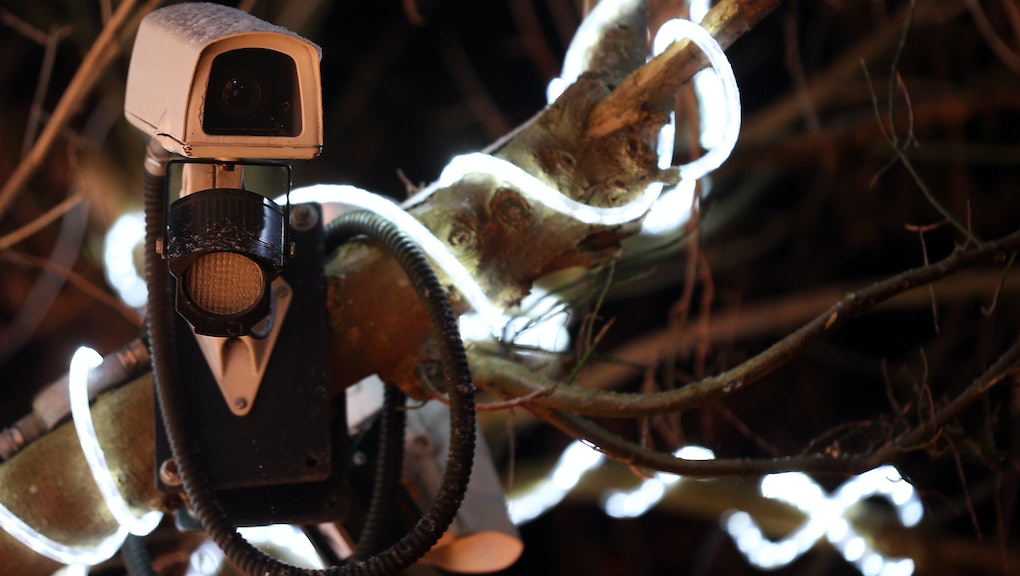 Your desk lamp may be watching you.

Since we've started putting internet-connected sensors and cameras into microwaves, ovens, lightbulbs, watches, thermostats, dolls and vehicles, there's been a creeping suspicion that one day the government would use those sensors against us. Now, government officials are telling us that yes, that's most certainly going to be the case.

"In the future, intelligence services might use the [internet of things] for identification, surveillance, monitoring, location tracking and targeting for recruitment, or to gain access to networks or user credentials," James Clapper, the U.S. director of national intelligence, testified to the Senate on Tuesday, according to the Guardian.

Home appliances could tell police when you turn your lights on and off, if your door is unlocked and when you're in your house.

It's not just some horrifying theory that connected devices are hackable — dozens have already been hacked. Hackers have already cracked into lightbulbs, little dolls that take pictures of your children and entire vehicles. A study from Hewlett-Packard once found that most consumer smart devices have dozens of vulnerabilities.

You thought Facebook knew too much. Connected devices offer up an exciting world of new insights about us that government agencies can then tap into. Fitness trackers offer activity and GPS data, and have already been entered into court as evidence. Home appliances could tell police when you turn your lights on and off, if your door is unlocked and when you're in your house.

Local police departments are already getting creative, using little GPS trackers to create bait objects like bikes and expensive-looking shoeboxes, but Fourth Amendment law is starting to catch up to potential abuses. Since a 2012 Supreme Court decision, it's not legal for police to just leave a device on you for extended surveillance.

But if there's anything the Edward Snowden revelations taught us, national intelligence agencies often use secret letters and separate standards to commit types of surveillance we're not aware of. Which means that once they start peeking into our private lives using our appliances, we may not know unless they choose to tell us.