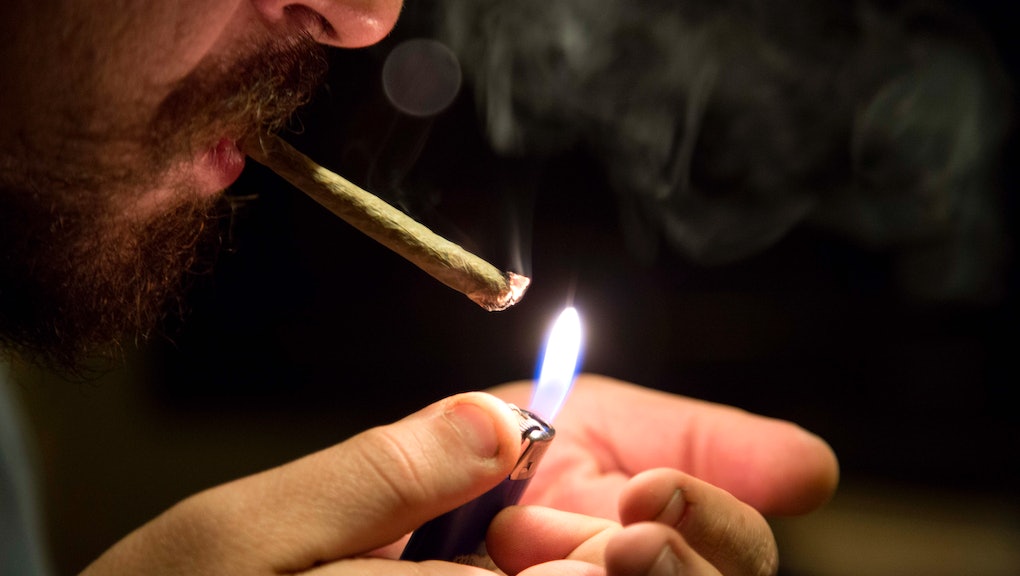 Once the smoke clears, the first thing most marijuana users do is whip out the snacks. It doesn't matter whether its Doritos, ice cream or a fruitcake, what's important is that there is a bounty of snacks to be consumed immediately after smoking weed. The craving is commonly referred to as the "munchies." Munchies have long been popularized in American stoner culture, but whether the desire to eat after hitting the pipe is scientifically backed is much less known by the general public.

Well, according to a growing pool of research, there is evidence to suggest munchies are brought on by getting high — to some degree. A 2014 study published in Nature Neuroscience and reported by Smithsonian Mag found certain senses like smell and taste became more acute in mice after THC was introduced to their system.

While the control group of mice eventually walked away from the smell of banana and almond oils after sniffing the food momentarily, mice doused with THC stuck around much longer, and ate a whole lot more food than the sober mice did. It's sort of exactly the same way a stoner can't resist an entire family-sized bag of tortilla chips or a sleeve of Chips Ahoy chocolate chip cookies.

"Researchers found that, by injecting mice with THC—the key ingredient in marijuana—they triggered activity in the same smell receptors that light up when our body misses a meal," TIME's Denver Nicks reported. "This is because when you go without food your brain starts producing endocannibinoids, compounds very similar to THC, which give you the heightened olfactory senses that are your body's way of triggering hunger in order to signal that it needs more nutrients."

Another study goes even further to suggest the munchies is a scientifically-backed phenomenon. Nature published a group of researchers' findings in March, 2015, which indicated some interesting observations in neurons responsible for suppressing appetite. When mice were given a dosage of THC, those neurons actually reversed in functionality, instead blocking a signal which would alert the brain the body is full. So instead of walking away from the delicious snack, those little stoner mice continued munching through and through.

So, your stoner pack of friends may not be ripping open the nearest bag of chips out of hunger: it might just be that food tastes a whole lot more flavorful with a side of green.