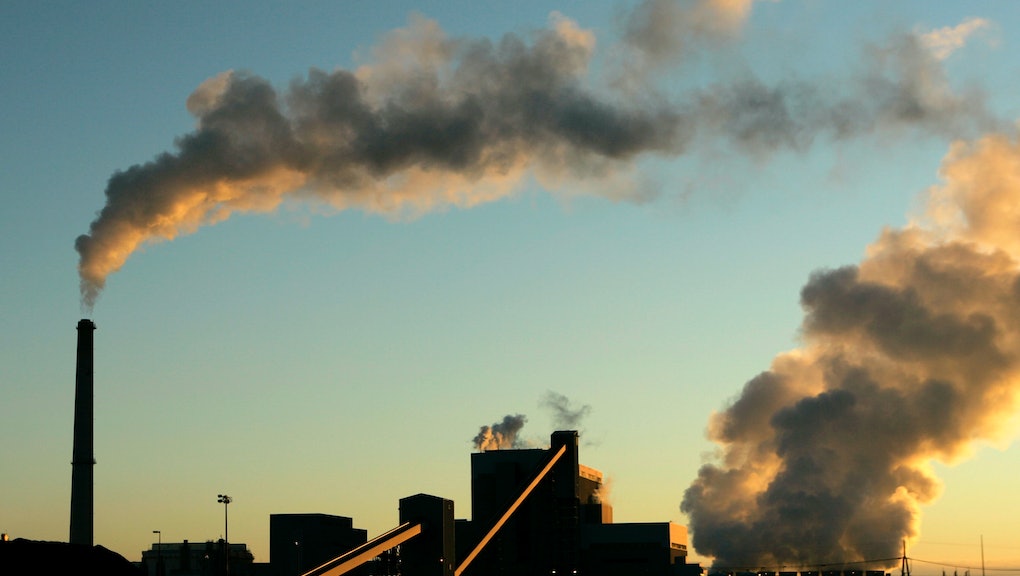 On Tuesday, the Supreme Court halted President Obama's Clean Power Plan from going into effect while a lawsuit from 29 states makes its way through the courts. It was an unexpected setback for the White House, which passed the plan in August and lobbied for emissions quotas in the Paris climate talks in December.

In a strict 5-4 party line vote, the Hill reported, the conservative wing of the court ruled that the Environmental Protection Agency could not enforce the new rules set in the plan until the legal challenges are resolved.

According to the Economist, the plan "gives orders to each state that, when considered together, should amount to removing 870m tons of CO2 from emissions by power stations by 2030 (as measured against 2005 levels) ... [each state] is required to submit plans by 2018 and to show some progress on them by 2022."

Read More: The Doomsday Clock Continues Its Countdown to the "End of Humanity"

Those goals are crucial toward meeting the United States' promised emission cuts in the Paris climate deal and would be a massive blow to the coal industry. The states in the lawsuit argue the new EPA rules are unconstitutionally restrictive. For its part, the EPA has won important recent legal battles to classify carbon dioxide as a pollutant and regulate pollution that crosses state lines.

"We are thrilled that the Supreme Court realized the rule's immediate impact and froze its implementation," Virginia Attorney General Patrick Morrisey said, according to the Economist. An EPA spokesman said "We're disappointed the rule has been stayed. Millions of people are demanding we confront the risks posed by climate change."

The primary risk for the White House is that other nations could walk away from the Paris deal if the U.S. fails to meet its ambitious commitment to cut emissions 28% from 2005 levels by 2025. The deal doesn't have to be signed until April 2017, so there should be time for the legal battle to play out without disrupting the agreement should the courts side with the EPA.

The president has faced other obstacles against his environmental agenda, including cheap gasoline, faltering fuel-efficiency gains in consumer vehicles and congressional opposition environmental regulation.

As the court stalls the EPA rules, global climate change will proceed unheeded. Earlier this year, two government agencies, NASA and the National Oceanic and Atmospheric Administration, announced 2015 was the hottest year globally in more than 180 years of recorded history. It's the second consecutive year such a record has been set.

While 2016 Democratic presidential candidates Hillary Clinton and Bernie Sanders both back aggressive government action to lower U.S. greenhouse gas emissions, few of the Republican candidates leading the polls have committed to addressing the issue in any meaningful way. Real estate billionaire Donald Trump, who recently stabilized his frontrunner status with a crushing victory in the New Hampshire primary, said he believes climate change is a hoax designed to benefit China's economy.

But Trump is simply denying a grim, inarguable truth: "The bad news is that it's worse than a new normal," Penn State University climatologist Michael E. Mann told Mic in January. "If we continue to burn fossil fuels at current rates, then there is no normal. Temperatures that were once unprecedented will become commonplace. And the new temperature records will have no counterpart, no analog, in human existence."