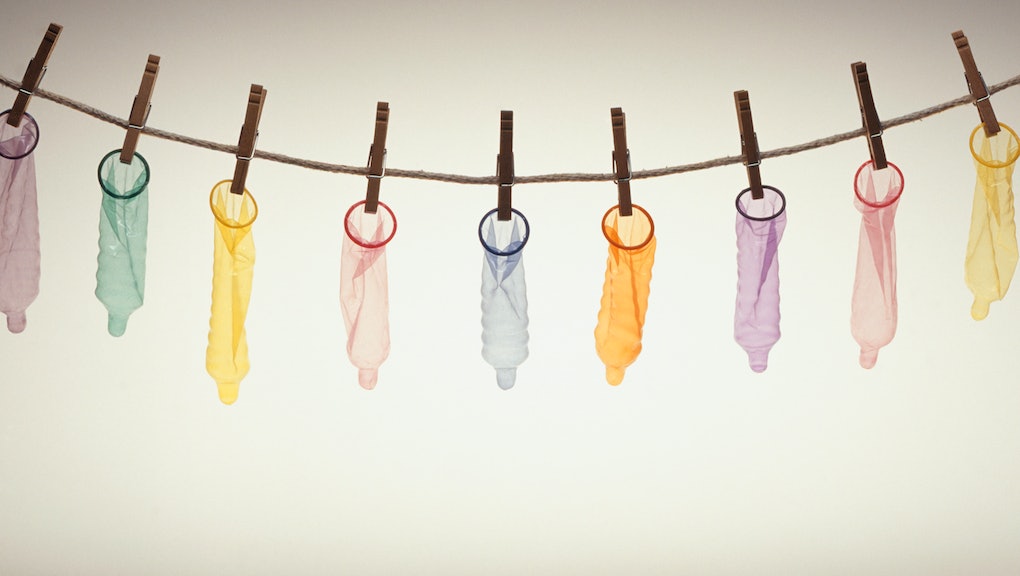 A species of grass that's native to Australia could be the magic ingredient for making condoms that are actually fun to use.

Researchers at the University of Queensland's Australian Institute for Bioengineering and Nanotechnology have found a way to extract the nanocellulose of the native spinifex grass. They say the substance can be added to latex to make condoms 30% thinner, yet still strong enough to pass all safety standards.

"The great thing about our nanocellulose is that it's a flexible nano-additive, so we can make a stronger and thinner membrane that is supple and flexible, which is the Holy Grail for natural rubber," said University of Queensland professor Darren Martin in a press release.

Martin and his team are working in conjunction with the Indjalandji-Dhidhanu people, an aboriginal group with longstanding knowledge of the spinifex grass' benefits and uses; they've traditionally used spinifex resin to attach spear heads to wooden shafts, according to Martin.

Thanks to an agreement between the University of Queenlsand and the  Dugalunji Aboriginal Corporation, the researchers will continue to recognize Aboriginal leaders' expertise on spinifex and to involve them in the development of future nanocellulose technology.

Speaking of future development, these super-thin condoms aren't just a fanciful idea. The researchers were able to get their nanocellulose-enhanced latex down to around 45 microns — around the thickness of human hair — and have already put it to the test.

The results sound promising. "We tested our latex formulation on a commercial dipping line in the United States and conducted a burst test that inflates condoms and measures the volume and pressure," Martin said, "and on average, got a performance increase of 20% in pressure and 40% in volume compared to the commercial latex control sample."

But don't throw out your Trojans just yet. Getting a new condom to market is a long, arduous and expensive process. The barriers are so high that in many cases, new condom designs get left in the dust — no matter how exciting and revolutionary they may be.

In the U.S., prophylactic innovations have to meet a lengthy set of regulations from the Food and Drug Administration before they can be sold to the public. Condoms that are similar enough to pre-existing models can hop on a fast track, but designs made from totally unique materials have no such luck.

"It's a brutal process," Mark McGlothin, who received a grant from the Bill and Melinda Gates Foundation to reinvent the condom, previously told Mic.

Despite winning a $1 million grant to develop his condom made from bovine tendons, McGlothlin told Mic, he can't move forward with his "Ultra-Sensitive Reconstituted Collagen Condom" unless he acquires funding in a "very major sort of way."

In Australia, condoms are subject to a similar list of regulations. According to the Australian government, natural latex rubber condoms have to meet numerous requirements laid out by the International Organization for Standardization, including tests for air bursting and leakage.

Still, Martin seems convinced that his condoms will see it through.

"With a little more refinement, we think we can engineer a latex condom that's about 30% thinner and will still pass all standards," he said, according to the release. "With more process-optimization work, we will be able to make devices even thinner than this."

Even thinner than human hair? If condoms were that dainty, perhaps we'd all actually start using them.