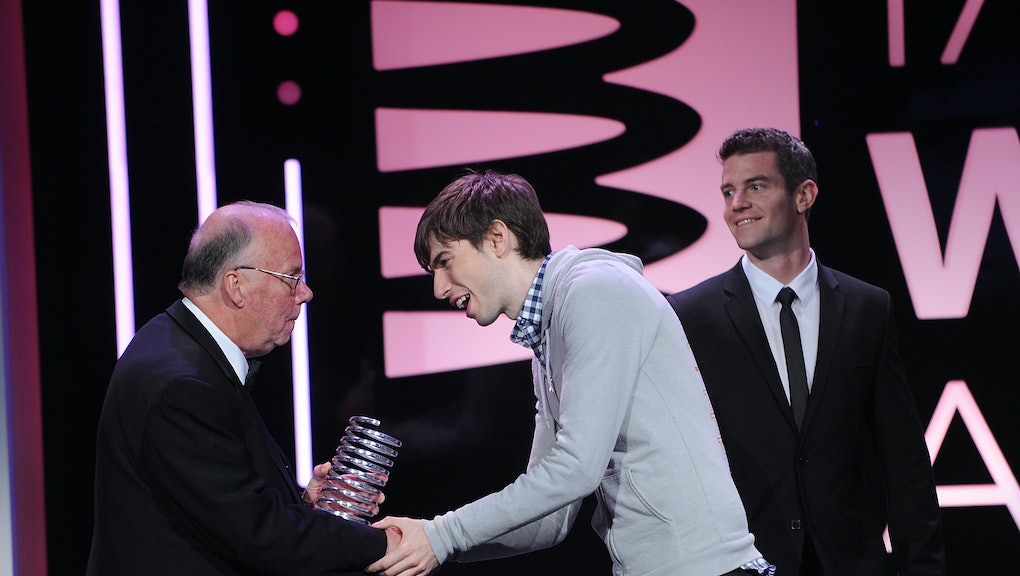 If the adage holds true that a picture's worth a thousand words, then the value of a GIF is boundless. GIF stands for Graphics Interchange Format, which some have used as fodder to make a point about the acronym's pronunciation. One camp pronounces the term with a hard "G," ("G" as in "graphics") while others say "jif." Yet according to the animation format's creator, retired software engineer Steve Wilhite, there's only one correct pronunciation.

"The Oxford English Dictionary accepts both pronunciations," Digital Media Academy quoted Wilhite. "They are wrong. It is a soft 'G,' pronounced 'jif.'" The .gif format is Wilhite's baby, so what he says goes. Wilhite created the format, which works by compressing data, while working at early internet services firm CompuServe.

In 2013, Wilhite received a Webby Award for his invention: In his five-word acceptance speech, he reminded audiences, "It's pronounced JIF, not GIF," according to CNN.

Thanks to Wilhite, the magic of GIF making allows us to transform this:

Let's begin. First, you'll need to download some software. GifGrabber is one option, but a quick peruse of the iTunes store or Google search results will offer up a number of other choices. Once installed, GifGrabber will show a translucent green box that you can position over a digital video on YouTube.

Hit start capture to begin recording and stop capture once the desired scene is captured. The short footage will load on your desktop in a drop down toolbar that will appear once GifGrabber is installed. GifGrabber offers a tool to trim the frames one by one on either end of the clip to edit the looping image's playtime.

Hit save and your GIF is good to go.

And for those who want to add an extra layer of greatness to the GIF, there's software that allows a user to overlay text on top of the animation. In some cases, a quote can elevate a GIF to new heights.

One tool available is GifBrewery. Unlike GifGrabber it isn't free. The software can be downloaded for $4.99. Once installed, upload the GIF you've saved to GifBrewery. To overlay text click "Add Caption." A text box will appear to enter the quote. The "Manage Overlay" tool allows you to edit the timing of the quote using the "Set Start" and "Set End" options in the popup toolbar to the left.

Hit "Create GIF" and you've done it. Of course, if you'd rather not spend the time, Giphy's got you youths covered.