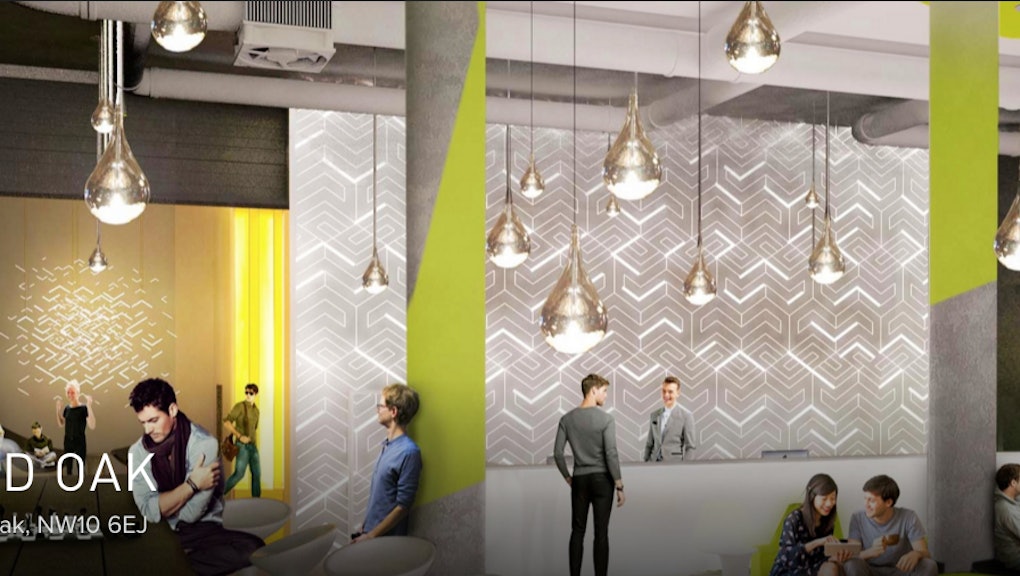 London's latest co-living space could represent the future of homes.

Once reserved for live-off-the-land hippies seeking a simpler life, communal living is having a resurgence among young people who want their homes to act as an all-in-one hub for their work and social needs. Where communes depart from their modern counterparts is in the amenities. Specifically, where communes were sparse, co-living spaces feature everything from cleaning services to massage.

Collective, known for its high-end room rentals, is launching a building in London's Old Oak neighborhood that will be its first co-living space. Rooms are small and rent for roughly 250 pounds a week.

But rather than having large sleeping quarters, the building offers 10,000 square feet of communal space. That includes shared kitchens and lounges as well as myriad open areas like libraries and video rooms. Additionally, the building offers its residents access to a gym, spa, restaurant, bar and shops.

The Old Oak building puts an emphasis on games and social time. Its website features images of young people, their hair long on top and shaved on the sides, playing ping pong, watching sports and sipping beer. The building replicates the experience of living in a dorm room, but adds a luxury sheen to the experience for money-earning adults.

The Old Oak Collective building comes amid a wave of similar residences that have popped up in urban hubs like New York City, Silicon Valley and Berlin. While some of these residences are geared toward people working for early companies that sometimes require around-the-clock work hours, others, like the Collective, seem more geared toward creating social experiences for young people. The new building is slated to open in May.