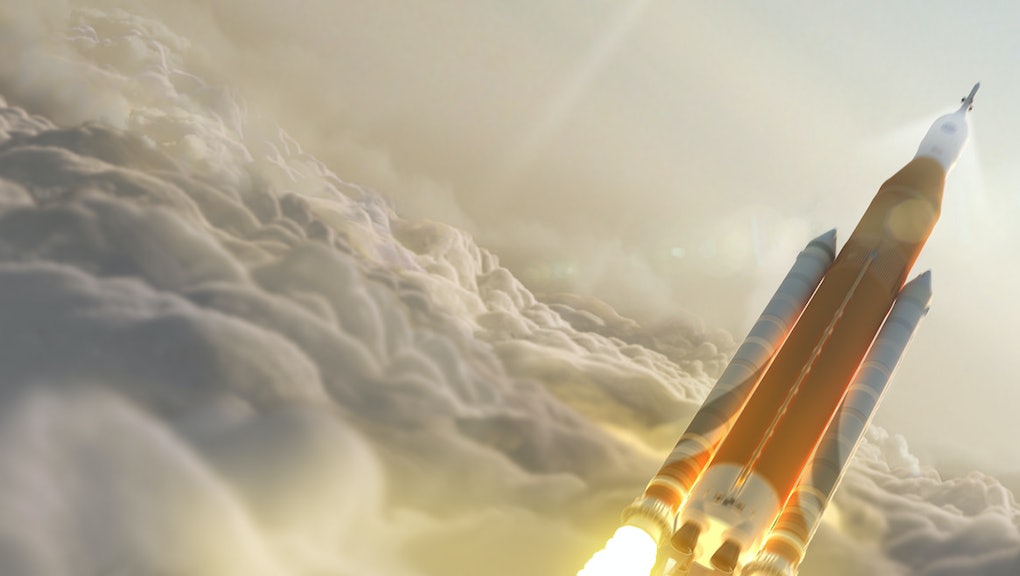 Say "Hello" to the Spaceship That Will Bring Humans to Mars

NASA — It sent men to the moon, it safely carried them back to Earth and now it has its sights on its most ambitious target yet: Mars.

But for NASA to make its most giant leap yet toward the final frontier, agency astronauts are going to require an updated rocket unlike anything it has previously produced.

The rocket is built to a scale never before seen in NASA. Though it is slightly smaller than the Cold War-era Saturn 5, it still comes in at 323 feet — taller than the Statue of Liberty. The SLS is also expected to produce 13% more thrust at the time of launch than previous rockets and more essentially will be able to carry 70 tons of cargo, compared to only 22 tons for NASA's traditional space shuttle.

It's all spelled out in this nifty NASA infographic.

On a NASA Flickr account, more specific details about the SLS were released and were included among 253 arresting images and photographs. For example, the booster, known as QM-1, weighs 1.6 million pounds; all its contents will burn in just two minutes. That breaks down to 5.5 tons of propellant expelled every second — in layman's terms, that's a lot of blow.

SLS's first launch, set for 2018, won't be a mission to Mars just yet, but rather will concern itself with data-gathering expeditions involving what Florida Today described as "13 roughly shoe box-sized CubeSats," that are expected to "hitch deep space rides near the moon." The shoe box bots are expected to mine moon data on everything from space radiation to lunar ice spots. The agency even issued an open call to ordinary Americans called the Cube Quest Challenge to submit ideas for what deep space phenomena is worthy of exploration.

So while it's not quite hyperdrive on the Millennium Falcon — the human race has to start somewhere.