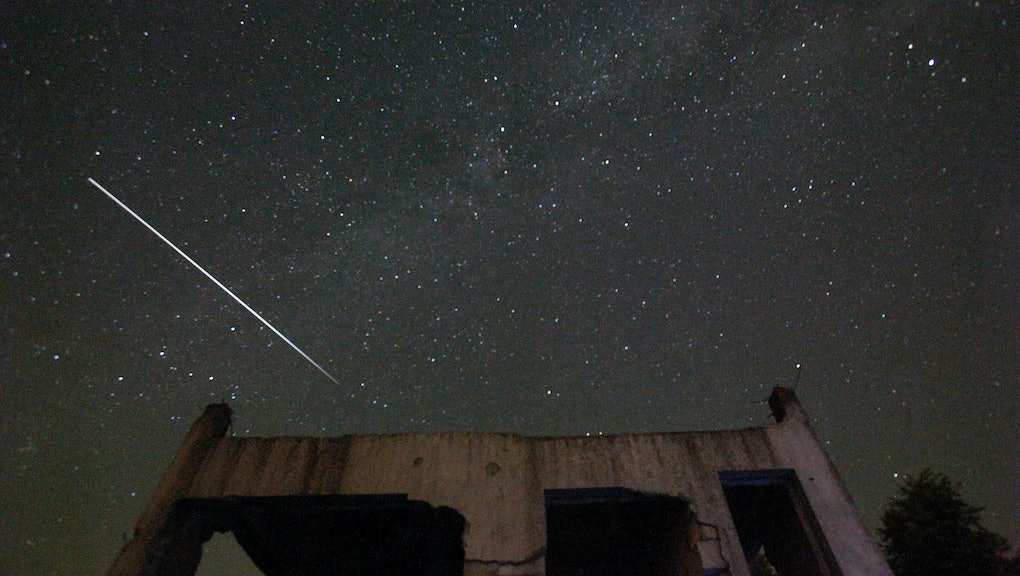 No, a meteor probably did not kill a man in India's Vellore district on Saturday, despite initial conclusions into a mysterious death widely reported on news sites, including Mic, Tuesday.

Instead, experts say it was probably a "land-based explosion," but didn't offer any further explanation about their curious determination.

According to the New York Times, experts from the Indian Institute of Astrophysics and NASA are throwing shade on the notion the explosion, which took place on a college campus killing one and injuring three, was caused by a meteor. Analysis of a stone fragment found at the explosion site suggests the fragment is a "common earth rock."

Lindley Johnson, NASA's planetary defense officer, additionally told the Times that even reports of injuries from meteorites are very rare, and said photos posted online of the purported impact were more indicative of a "land-based explosion."

"Small meteorites do not start fires or cause explosions when they hit the ground," NASA spokesman Dwayne Brown told ABC. "To form a crater the size of what has been posted online would have required a meteorite of at least several kilograms."

As Mic previously reported, Indian authorities are sticking to the story, saying they have found no traces of chemicals or other signs of explosives at the incident site, though if a meteorite truly were to blame, it would be the first time any such death had been observed on record.