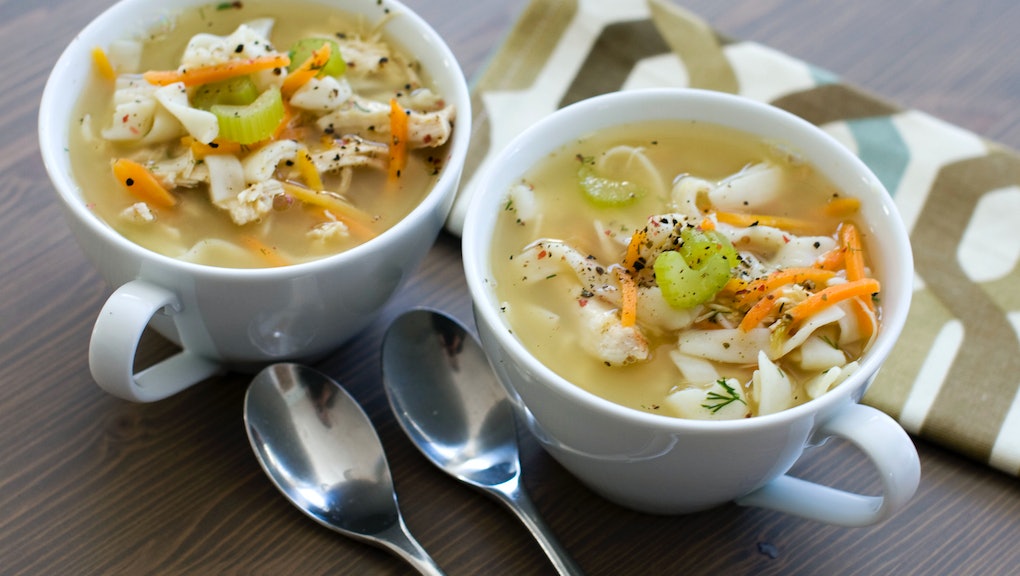 Up to 1 billion Americans reportedly suffer from colds each year, according to WebMD. The common cold is caused by more than 200 types of viruses, the most common one being rhinovirus, followed by coronavirus.

It starts with touching something infected and then touching your mouth or nose, or breathing in infected air from a nearby sneeze. The virus attaches to your throat or nose's inside lining, and your white blood cells attempt to protect itself by attacking the invasive virus, but can't unless the person has encountered this exact strain. Often, it ends up with inflamed noses, lots of mucus and being left tired and groggy.

But many of the over-the-counter, syrupy cold and cough medicines can include ingredients that make already miserable sick folks feel extra uncomfortable, including drowsier, restless and even anxious, according to Psych Central. Thankfully, there are some more natural alternatives that are easily found in the kitchen cabinet to combat a common cold.

When thinking about natural cold prevention and protection, vitamin C gets a false but good reputation for it. But gurgling down orange juice or another vitamin C supplement may actually not reduce someone's chances of getting sick, but rather, just slightly improve symptoms or the length of the cold, according to the National Center for Complementary and Integrative Health.

To help clear out a stuffy nose, consider rinsing your nasal passages with a bulb syringe filled with a warm water concoction mixed with a tiny bit of salt and baking soda, according to WebMD. The salt water breaks down mucus.

For the throat, a similar mix but of just salt (half a teaspoon) in about eight ounces of warm water can help moisten and relieve its itchiness. Just gargle the drink about four times a day. Another moisturizing gargle is honey and apple cider vinegar with warm water.

Chicken soup may be good for the soul but it's also good for sick people too. A 2000 study found that hot chicken soup slows down neutrophils, which are the invader-attacking white blood cells, so that they can stay in the one concentrated area that needs the most healing.

Ginger slices made into tea has been a long-standing cure for both nausea and a sore throat with a cough, according to Healthline.

But most importantly, the best remedy for sick people is serious shut-eye, according to the Huffington Post.