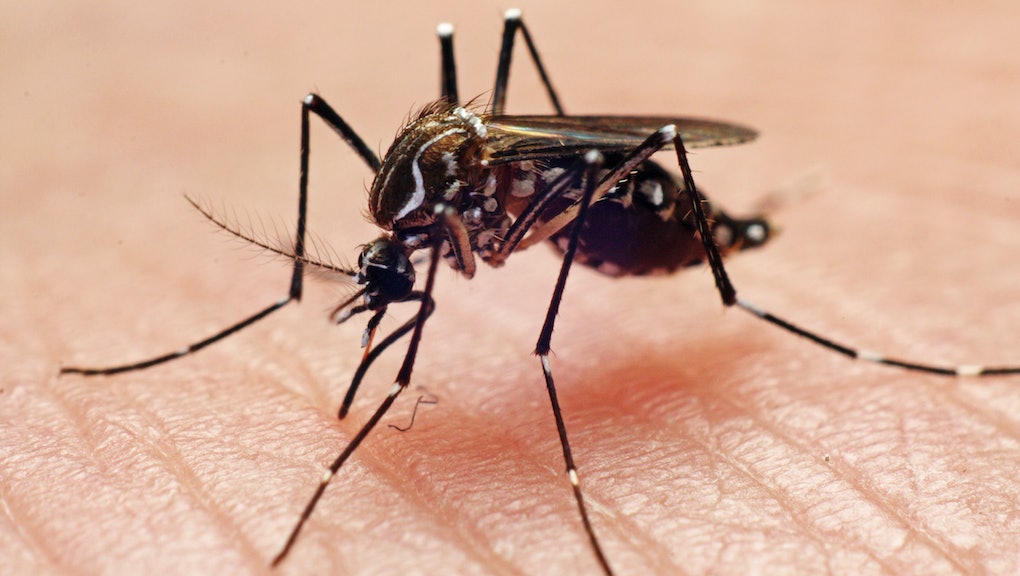 Genome Editing Could Cure Cancer. The Government Thinks It's a Weapon of Mass Destruction.

While genome editing is being used to bolster agriculture, map our DNA and possibly treat fatal and chronic disease, U.S. Director of National Intelligence James Clapper added it to a shortlist of threats — next to North Korean nuclear detonation, Syria's undeclared chemical weapons and new Russian cruise missiles.

Unfortunately, Clapper, who has a $50 billion budget to oversee spying agencies, has a point — and we should pay attention.

On Tuesday, Clapper released a statement called the "Worldwide Threat Assessment of the U.S. Intelligence Community." In it, he pointed out the concern over countries with shaky regulatory or ethical standards and their propensity toward creating "harmful biological agents or products."

Genome editing techniques like CRISPR/Cas9 are considered "dual-use" technology. As Arthur Caplan, professor of bioethics and director of the division of medical ethics at NYU Langone Medical Center, told Mic, they can be used for good and evil.

"In one sense, of course he's right," Caplan told Mic. "Gene editing — whether in microbes, plants, animals or agents that attack humans with some sort of airborne novel agent — absolutely can be [a weapon]."

The concern is that, even though we're talking about genetics, CRISPR/Cas9 isn't all that difficult to execute and the methodology could easily fall into the wrong hands.

Last year, the Easy-Bake Oven equivalent of a CRISPR lab kit had a highly successful campaign on Indiegogo. The project raised nearly $62,000, and kits would sell for between $130 and $160, depending on the included bells and whistles. With tech like this, "[postdoctoral] students can do it," Caplan told Mic. "Maybe high school kids can do it."

Of course, Clapper and his department aren't concerned with smart kids getting excited about science. He's worried about enhanced anthrax and a modern Cold War.

"We've always known if you edit genes in microbes or even humans to make them more susceptible to viruses, you could definitely have terrorist or military applications," Caplan told Mic. "Having more precise engineering tools just ups the ante."

While the warnings sound foreboding, Clapper is just pointing out the negative extremes. For the same reason some organizations sang a warning song about killer robots as a result of intelligent robotics, security committees need to look at the regulation and ethics of gene editing.

"Biologically engineering living things could absolutely be used for no good, and gene editing is a part of that," Caplan told Mic. "But this is an early warning, not a 'holy cow!' for weaponized mosquitoes."