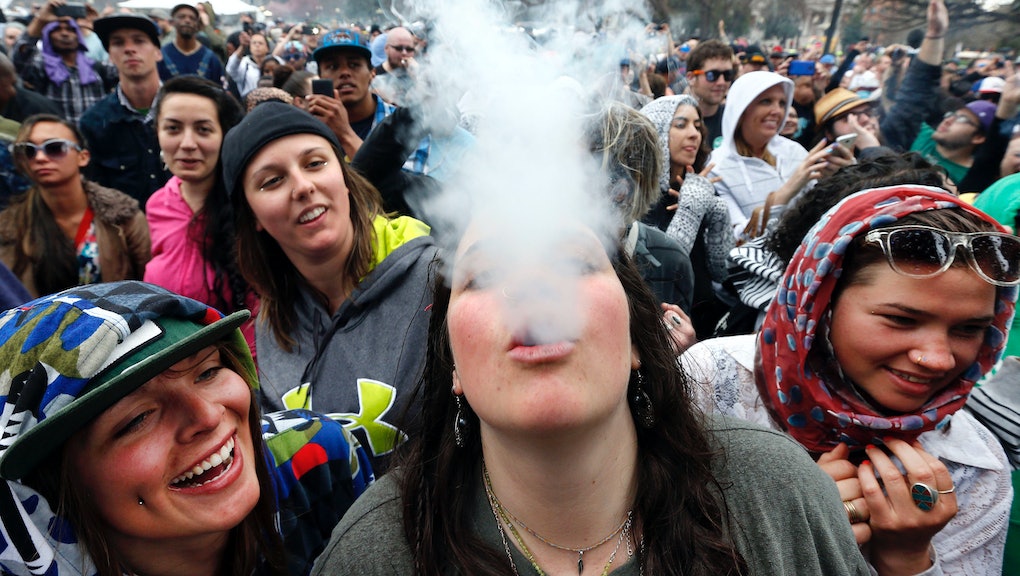 How Does Smoking Marijuana Affect Your Lungs? Here's Why the Answer Is so Conflicting

Smoking from bongs, joints and hand pipes are some of the most common methods that people use to consume marijuana. As it's common knowledge that cigarette smoking is a life-damaging addiction, it's unclear if marijuana smoking is equally damaging to our precious (and just about only) set of lungs.

A 2012 study observed over 5,000 smokers over a 20-year span, and reported that its participants who smoked marijuana did it on average two to three times per month, while tobacco smokers lit up on average about eight times a day, according to Time.

For the most part, since marijuana is habitually smoked less frequently than cigarettes and marijuana smokers tend to inhale deeper and for longer compared to cigarette smokers, smoking marijuana becomes a sort of pulmonary function test and may improve lung capacity, Time reported. The study's findings may also be attributed to the anti-inflammatory properties of the THC in marijuana.

Granted, smoking is smoking, and marijuana smoking can lead to more coughing, shortness of breath and sore throats.

Cigarette smokers have higher instances of lung cancer, according to the Centers for Disease Control and Prevention, but there has been conflicting information regarding the lung cancer rates of marijuana smokers.

"The THC in marijuana has well-defined antitumoral effects that have been shown to inhibit the growth of a variety of cancers in animal models and tissue culture systems, thus counteracting the potentially tumorigenic effects of the procarcinogens in marijuana smoke," said Dr. Donald Tashkin — professor of medicine at the University of California, Los Angeles — according to Time.

However a 2008 New Zealand study linked heavy cannabis smoking with a higher likelihood of lung cancer. The 2012 study also noted that those who smoke marijuana frequently will probably experience considerable lung damage.

One study found that marijuana smoke contained up to "20-fold" more ammonia compared to tobacco smoke.

Smoking marijuana could also lead to chronic obstructive pulmonary disease, a lung disease gained from smoking that is bronchitis-like, according to CBS News.

If you're worried about smoking marijuana, you could always try a vaporizer — though the jury's still out on how safe those are.