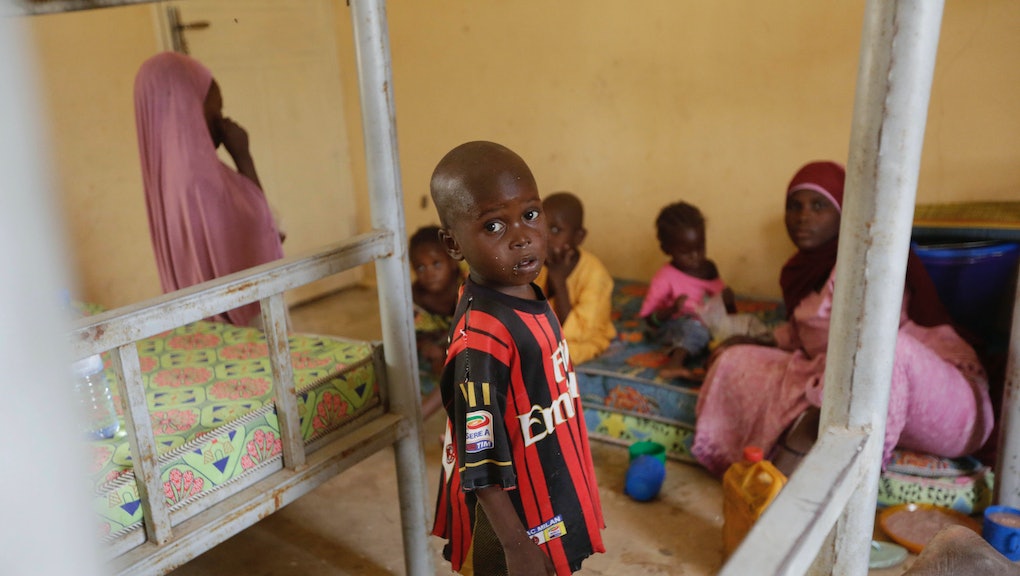 So far, no organization has claimed responsibility for the bombings.

The attack occurred in the state of Borno, a region occupied by terrorist network Boko Haram. A "breakdown in the telephone system" impeded the news from spreading, according to Reuters, accounting for the delayed reporting of the incident.

In addition to the death toll, about 80 people are being treated for wounds sustained from the coordinated attack, the AP reported.

In recent years, Boko Haram's surging presence in Nigeria has resulted in tens of thousands of deaths and an estimated 2.5 million people internally displaced, including the 50,000 housed at the refugee camp that was the target of Wednesday's attack.