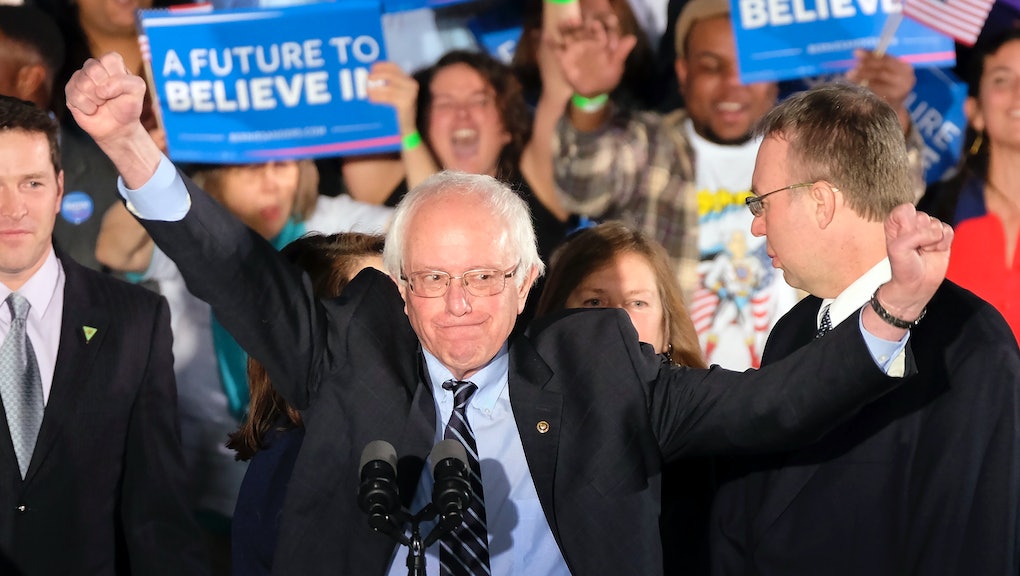 Bernie Sanders Raised $4,815 a Minute in the 18 Hours After New Hampshire

His campaign announced Wednesday that in the 18 hours after the polls shut down Tuesday, Sanders raked in a stunning $5.2 million, destroying his previous record of donations earned in one day. The greatest sum he raised in a day prior to this was the 24 hours after the Iowa caucuses, during which his campaign coffers were flooded with $3 million.

The average donation since Sanders' victory speech Tuesday night was $34, according to his campaign. Spread out evenly during the 18-hour stretch, Sanders' self-described political revolution pulled in $4,815 a minute.

Sanders' bid for the presidency is emerging as a model for how a major political campaign can thrive financially without relying on the typical donor class tied to the party establishment, a group that favors his rival Hillary Clinton. He's even managing to amass an impressive fortune while speaking ill of some of the most well-heeled benefactors of the Democratic Party — professionals on Wall Street. While Sanders receives the support of the occasional eccentric banker, over 7% of the funds backing Clinton came from Wall Street as of the end of 2015, if you include the super PACs she's coordinating with.

Unlike Clinton, Sanders' campaign has not coordinated with a super PAC, although he has benefited from close to $1 million in ad buys on his behalf from one super PAC organized by the union National Nurses United.

Sanders has shown little interest in courting the typical circuit of influential donors, and instead has been able to fund his campaign based on an incredible volume of small contributions. In January his total number of individual donations hit around 3.2 million — the most any candidate had ever received by that point in a presidential campaign. Sanders' donors have given an average of $29 each over the past year, according to his campaign.

Purely through a grassroots fundraising model, Sanders has been able to keep up with Clinton or even exceed her fundraising hauls for the past few months. But money doesn't necessarily translate into better mobilization — Sanders lacks the sophisticated campaign infrastructure and experienced organizers that Clinton's operation is brimming with. Even with more money than her, he can't necessarily create a comparable apparatus overnight. But he's certainly going to try, and right now it seems that a lot of people think it's worth the effort.