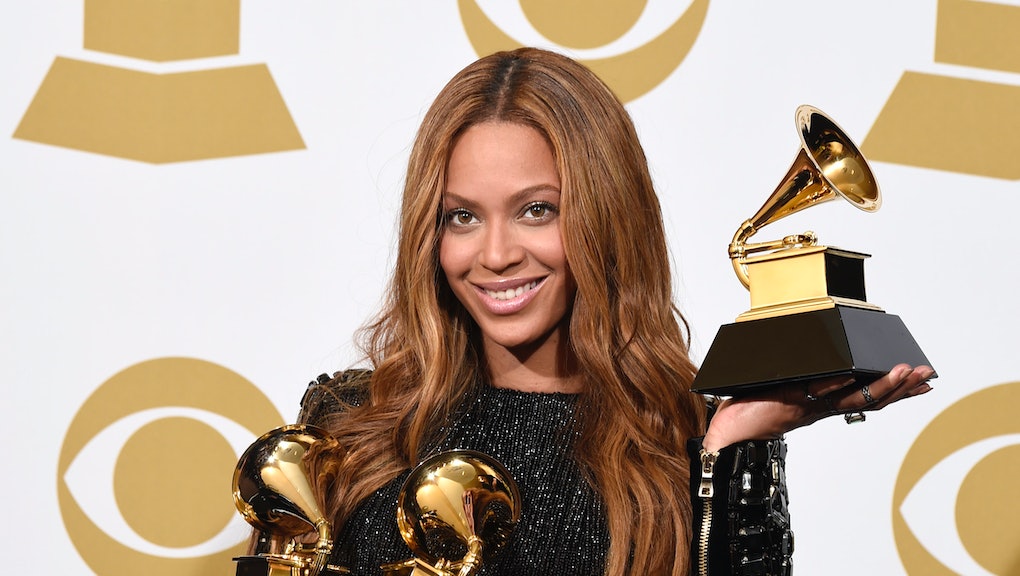 How Many Grammys Does Beyoncé Have? "Formation" Singer's First Grammy Wins Were in 2001

The National Academy of Recording Arts and Sciences has honored members of the music industry with the Grammy Awards since the first ceremony in 1959. With the 58th annual Grammy Awards coming up on Monday, Beyoncé might decide to attend. Or she might not. It doesn't matter, because she has won 20 Grammys.

The Texas-born singer won her first pair of Grammys in 2001. Queen Bey and her group Destiny's Child won best R&B performance by a duo or group with vocal and best R&B song for "Say My Name."

Beyoncé, along with the Adele, both hold the record for the most Grammys awarded to a woman in the same night. At the 2010 Grammys, Beyoncé won song of the year for "Single Ladies (Put a Ring on It)." "Single Ladies" also won Grammys for R&B song and female vocal performance.

Beyoncé set, at the time, the record for most wins by a woman in one night, having won six of the 10 categories in which she was nominated.

According to Billboard, Beyoncé is the most Grammy-nominated woman of all time. With her newest release of her anthem "Formation" and Sunday's performance during the Super Bowl 50 halftime show, more Grammys may be in her future.