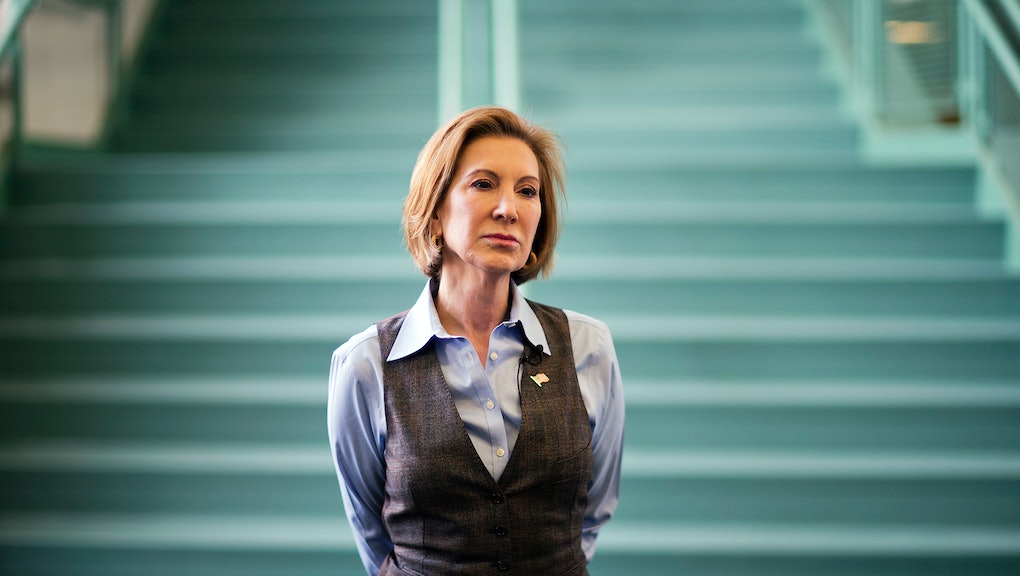 "I've said throughout this campaign that I will not sit down and be quiet. I'm not going to start now," Fiorina said in a statement announcing the suspension of her campaign. "While I suspend my candidacy today, I will continue to travel this country and fight for those Americans who refuse to settle for the way things are and a status quo that no longer works for them."

On the campaign trail, Fiorina drew the most attention for her sharp rhetoric on abortion. During one Republican debate, she cited a graphic medical video from an anti-abortion group called the Center for Medical Progress as evidence women's health care provider Planned Parenthood was illegally harvesting fetal brains. Fiorina called for Republicans in Congress to shut down the government over the controversy, though doctors later told Mic the video in question likely did not actually depict an abortion, and Fiorina's comments were widely criticized.

Also on Wednesday, the New York Times reported candidate Chris Christie plans to drop out of the race after finishing only slightly ahead of Fiorina in Tuesday's primary.