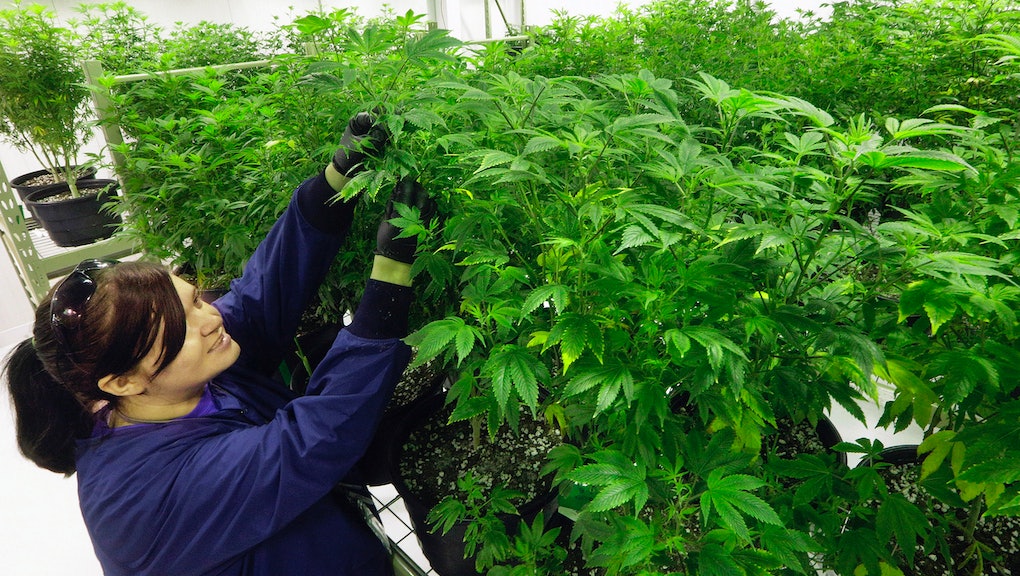 The battle for marijuana legalization in Utah has been an intense fight on both sides. Sen. Mark Madsen, who sponsored a bill in 2015 that would legalize the use of medical marijuana, now has to face an even more challenging opponent: the Mormon church.

"Along with others, we have expressed concern about the unintended consequences that may accompany the legalization of medical marijuana," Church of Jesus Christ of Latter-Day Saints spokesman Eric Hawkins told the Salt Lake Tribune in a statement Friday. "We have expressed opposition to Senator Madsen's bill because of that concern."

Since the announcement, the Utah senator said that he lost one or two votes from policymakers after the church made its decision not to support the bill, according to KUTV.

A recent poll conducted by the Salt Lake Tribune has found a 10% increase in support for the use of medical marijuana.

"The polls says 61% of Utahns or registered voters are supportive of the idea of legalizing marijuana for medicinal purposes," Salt Lake Tribune reporter Robert Gehrke said on a weekly radio program, Behind the Headlines, according to Utah Public Radio. "It's kind of interesting because this shows — and we asked the same question about a year ago, and the support then was 51%, so there is a 10% swing and a shift in the public's attitude about this."

Madsen, who has been serving in office since 2005, almost died in 2007 when a patch for back pain exploded and the medication seeped into his bloodstream. According to the Utah Department of Health, 288 Utah residents died overdosing on pain medications in 2014, KUTV reported.

His own near-death experience, as well as those overdoses, encouraged him to seek alternative methods. "I realized there were people out there who were suffering," the senator told KUTV.

However, the current governor of Utah, Gary Herbert, is not ready to concede just yet. In January the governor offered some controversial comments on the marijuana discussion.

"I think the discussion is now at hand, the time is nigh," Herbert said, according to Fox 13. "But I'm not interested in having Dr. Feelgood out there say 'ya, ya, que pasa, here's your doobie for the day and you'll feel better.' That's probably not where I want to go."

Another bill, proposed by Sen. Evan Vickers and Rep. Brad Daw, would "treat cannabis like a medicine," the two policymakers told the Health and Human Services Interim Committee in October, the Salt Lake Tribune reported. The Utah State Legislature is considering both bills.