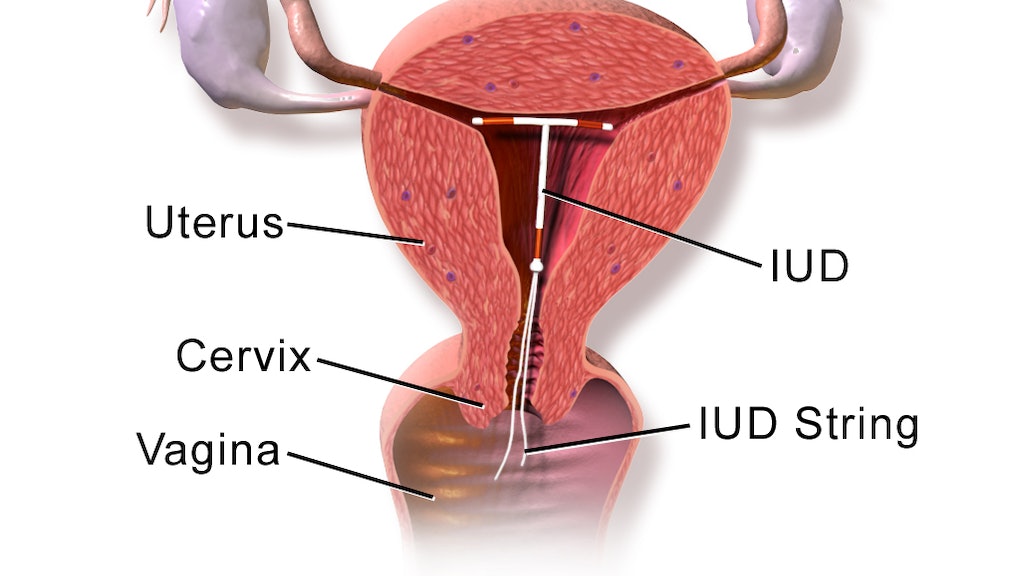 How Do IUDs Work? What You Need to Know About the Popular Form of Birth Control

The intrauterine device is probably the trendiest birth control option available today. Maybe pulling out is a close, less-than-reliable second. Anyone who's spent time on the internet in the past few years, though, has probably seen at least one love letter to the IUD buzzing around their Facebook feed. But by what wizardry do these tiny T-shaped devices work? What makes the IUD such a hot topic?

"Outside of abstinence and intentionally unflattering overalls, intrauterine devices, or IUDs, are the most effective, keeping babies from being made 99% of the time," Cristen Conger of BrainStuff says in a video about the birth control device. "IUDs are actually the most popular form of contraception in the world."

Indeed, IUDs are the most effective form of reversible birth control available. This make sense; once they're inserted, the risk of human error that makes other contraceptives less effective — a person can easily put a condom on incorrectly or forget to take a pill — evaporates. The IUD just lives inside the body, doing its job.

Like anything, the IUD has its risks: perforation and expulsion. Perforation is when the device punctures the uterine wall, a scenario that's rare but definitely dangerous. Most of the time, perforation occurs while the device is being inserted, meaning a doctor can take care of it quickly. Expulsion, on the other hand, isn't dangerous, but if the user doesn't notice that the IUD has come out, it could result in an unplanned or unwanted pregnancy.

How do IUDs work? A medical professional inserts the IUD into the uterus through the cervix. There are two types: copper and hormonal. The copper IUD — typically ParaGard in the U.S. — lasts longer: up to 10 years. It keeps sperm from reaching the egg by creating a hostile environment within the uterus. Once it's removed, the person can get pregnant right away. Since they are immediately effective, copper IUDs can also be used as emergency contraceptives, up to five days after sex.

There are two brands of hormonal IUD. According to Planned Parenthood, Mirena is good for as many as five years, while the smaller Skyla works for three. Mirena releases a progestin hormone that thickens the mucus secreted by the cervix and forms a sort of plug that keeps sperm from getting in. Skyla works the same way, and may also "reduce sperm survival" and keep the uterine lining thin, which means it's less likely an egg will implant there.

As Planned Parenthood notes, hormonal IUDs can be immediately effective depending on where the person is in their menstrual cycle at time of insertion. IUDs start working immediately if inserted within a week of the start of menstruation; otherwise, they should be paired with another form of contraception like condoms for the first week after getting the IUD.

Do IUDs guard against sexually transmitted infections? Absolutely not. Use a condom.

If IUDs are so great, why aren't they more prevalent? For one, there's the misguided notion that IUDs induce abortion. They don't. The single largest reason why IUDs aren't more popular is likely due to the lingering stigma that exists around them. In the 1970s, a device called the Dalkon Shield was pulled from the market amid a torrent of lawsuits brought forth by women who had become pregnant while using it, incurred serious infections and miscarried. Complications from these infections proved fatal for over 15 women, according to Time.

But today's IUDs are not the same as the Dalkon Shield. Both varieties are much safer and miles more effective.