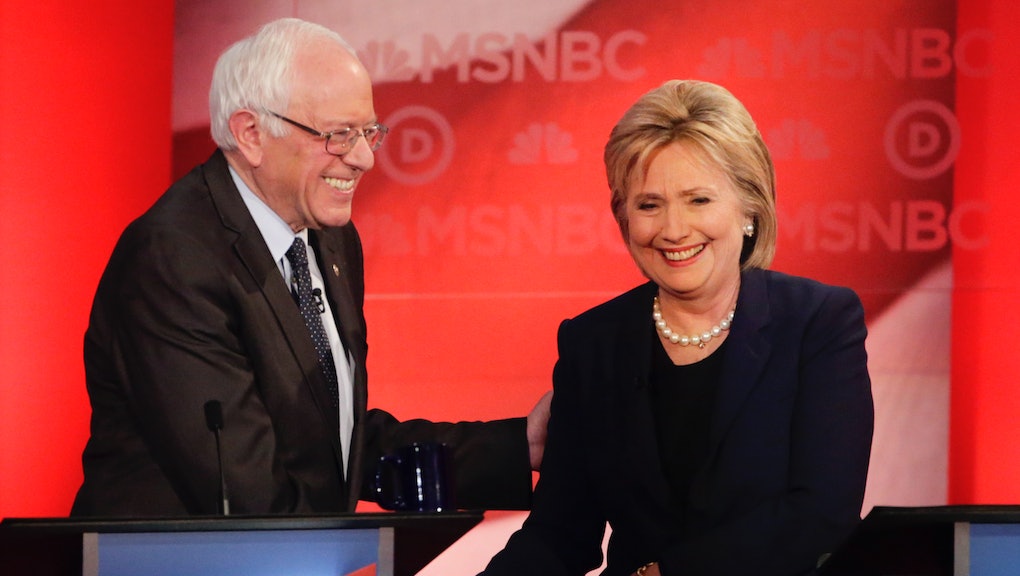 PBS, in partnership with Facebook, will be presenting Thursday's Democratic debate, featuring a match-up between Senator Bernie Sanders and former Secretary of State Hillary Clinton. The two will face-off in Milwaukee for the PBS NewsHour Democratic primary debate. The debate begins at 9 p.m. Eastern on Thursday and will livestream through the PBS website here or below.

Voters will turn their attention to the two candidates as they share the stage for the first time since the last debate. On Tuesday, Sanders beat Clinton in the New Hampshire primary. Earlier this month, Clinton eked out a win in Iowa, beating out Sanders by a narrow margin.

Thursday's PBS debate will be moderated by Gwen Ifill and Judy Woodruff, and it will be the sixth Democratic debate of the primary season. In addition to streaming live, the debate will air on local PBS stations and on CNN, the Washington Post reported.