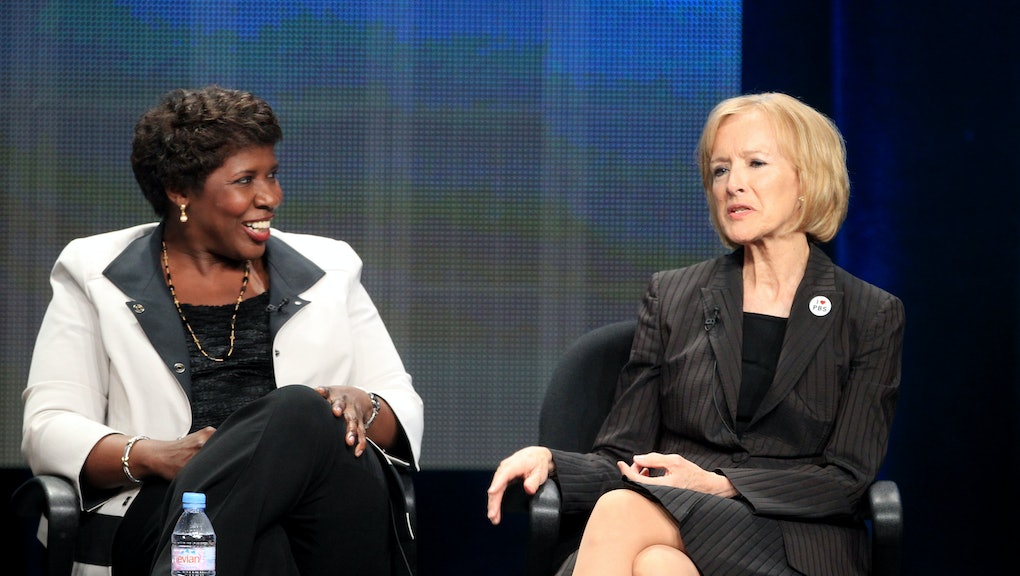 This Hashtag Is Asking Female Debate Moderators to Finally #AskAboutAbortion

Over the course of the seemingly endless parade of presidential debates, candidates have been asked pressing questions about surveilling mosques to protect religious freedom, the role their spouse would play in the White House and beyond. No moderator, however, has asked any candidate about abortion rights at any of the five Democratic debates, according to NARAL. But activists and allies hope Thursday's debate, hosted by PBS NewsHour's Gwen Ifill and Judy Woodruff, will change that — and are rallying with the hashtag #AskAboutAbortion.

Asking these questions would "allow us to see how the candidates plan to empower women to make decisions for their lives and families," NARAL wrote in a Medium blog post advocating for the hashtag. "So far, the Democratic presidential debates have ignored the crisis in reproductive freedom altogether. But they can't continue to be held in a vacuum, in some alternate reality where abortion isn't being held hostage every single day by radical, anti-choice extremists who would see abortion outlawed."

Many agree with NARAL's call, and are using #AskAboutAbortion to explain why protecting their abortion rights is a crucial issue that candidates must address to win their votes.

"We are at a moment when tons of abortion clinics are being closed across the country and people are having to skip meals just to afford health care," NARAL board member Renee Bracey Sherman told the Daily Dot of the efforts on Wednesday. "Communities of color are disproportionately unable to access contraception and are challenged financially when trying to access an abortion. This isn't right. I, and many others, want to know what [candidates are] planning to do to turn the tide."

This topic is also particularly relevant given the bevy of past and continuous attacks on women's reproductive rights in this nation. State legislatures have introduced 147 choice-related bill in 2016, according to RH Reality Check. Abortion clinics are closing across the country at an unprecedented pace, according to a Bloomberg report, and increased state-level restrictions, like waiting periods and mandatory ultrasounds, also effectively prevent many women from exercising their right. The issue is also particularly politically relevant, considering that in March the Supreme Court will hear a case that could effectively determine whether states can ban abortion. Hillary Clinton also recently made headlines for declaring her desire to repeal the Hyde Amendment.

"The voters deserve a chance to watch Bernie Sanders and Hillary Clinton race to the top on this issue," NARAL concluded. "Let's hear their specific plans to protect and advance reproductive freedom. We deserve as much."