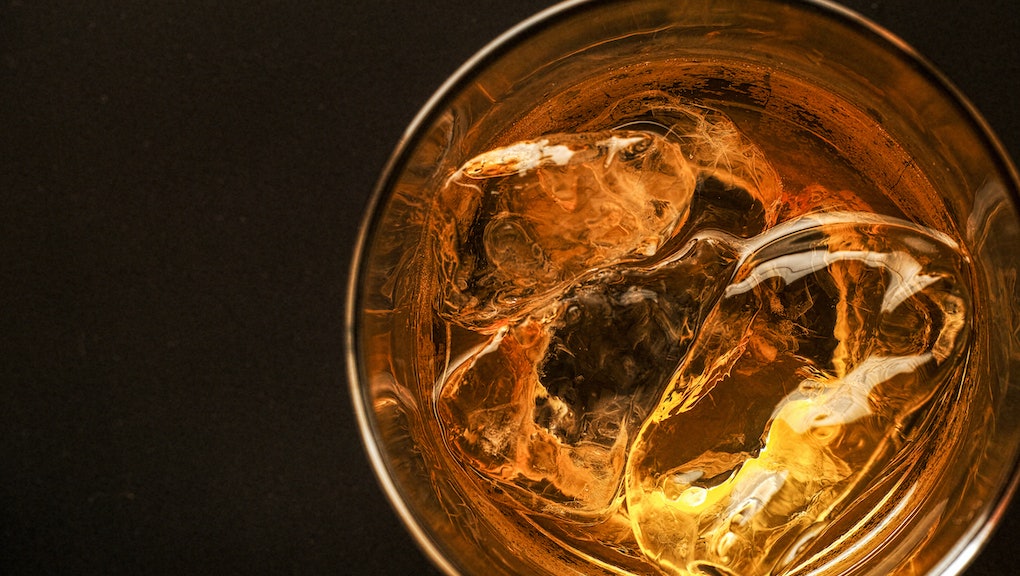 Native Americans are often represented in the media as drinking far more excessively than other racial and ethnic groups in the United States — but new research shatters that damaging stereotype.

Native Americans' binge-drinking habits are on par with those of white people, according to a study by researchers at the University of Arizona. What's more, the study also found that Native Americans are more likely than white people to abstain from drinking alcohol.

To reach their findings, the researchers examined data on 4,000 Native Americans and 170,000 white people between 2009 and 2013 — originally collected as part of a survey by the U.S. Substance Abuse and Mental Health Services Administration, according to Science Daily. They also looked at a survey from the Centers for Disease Control and Prevention measuring how many times Native Americans and white people had drunk excessively in the past month.

Binge drinking — having five or more drinks at one occasion, one to four times a month — was comparable among the two groups — 17.3% among Native Americans, and 16.7% among whites.

A majority of Native Americans — nearly 60% — had abstained from drinking alcohol in the past month. Among white people, abstinence from drinking was the minority, at just 43.1%.

"In contrast to the 'Native American elevated alcohol consumption' belief, Native Americans compared to whites had lower or comparable rates across the range of alcohol measures examined," the study concluded.

"Of course, debunking a stereotype doesn't mean that alcohol problems don't exist," lead author James K. Cunningham said, according to Science Daily. "All major U.S. racial and ethnic groups face problems due to alcohol abuse, and alcohol use within those groups can vary with geographic location, age and gender."

Alcoholism is still a problem in Native American populations around the country. A 2008 federal report found that 11.7% of deaths among Native Americans and native Alaskans were alcohol-related — more than three times higher than the national average of 3.3%, according to the Associated Press. The greatest number of alcohol-related deaths reportedly occurred in Montana and South Dakota's Northern Plains region.

Why the disparity, if Native Americans' drinking habits are comparable to other groups'? For folks living on reservations, there can be significant hurdles to accessing treatment for alcohol abuse.

"Native Americans as a group have less access to medical care, safe housing and quality food, which can amplify health problems connected to alcohol," Teshia A. Solomon, an author of the study, said, according to Science Daily.

For folks living on reservations, there can be significant hurdles to accessing treatment for alcohol abuse.

Wrongly assuming that certain groups — such as Native Americans — drink more heavily than others can have a number of damaging consequences, Cunningham said.

"For example, some employers might be reluctant to hire individuals from a group that has been stereotyped regarding alcohol," he said. "Patients from such a group, possibly wanting to avoid embarrassment, may be reluctant to discuss alcohol-related problems with their doctors."

Stereotyping a racial or ethnic group's alcohol habits can also have major health consequences. Consider the case of Lydia-Molly Tayara, an Inuk woman from the Canadian province of Quebec. For years, Tayara complained about her crippling stomach pain to doctors at a local medical clinic, according to the CBC.

"When the doctors' questioning changed from whether she drank, to how much she drank, she understood it to mean she was being profiled as yet another aboriginal person in Canada being accused of drinking herself sick," CBC reported.

"My first assumption was that they thought I was drinking and that I was probably spoiling my stomach, because that was the last diagnosis I got," Tayara said, according to CBC.

Tayara eventually learned, upon visiting a hospital in Montreal, that she had colon cancer that had spread to her liver and was beginning to spread to other organs. Doctors told her it could have been treated 15 or 20 years ago.

"That was the first time somebody mentioned cancer," Tayara said. "I couldn't believe it."

"Negative stereotyping of groups of people who have less access to health care creates even more health disparities," Myra Muramoto, another author of the study, said, according to Science Daily. "Based on a false negative stereotype, some health care providers may inaccurately attribute a presenting health problem to alcohol use and fail to appropriately diagnose and treat the problem."