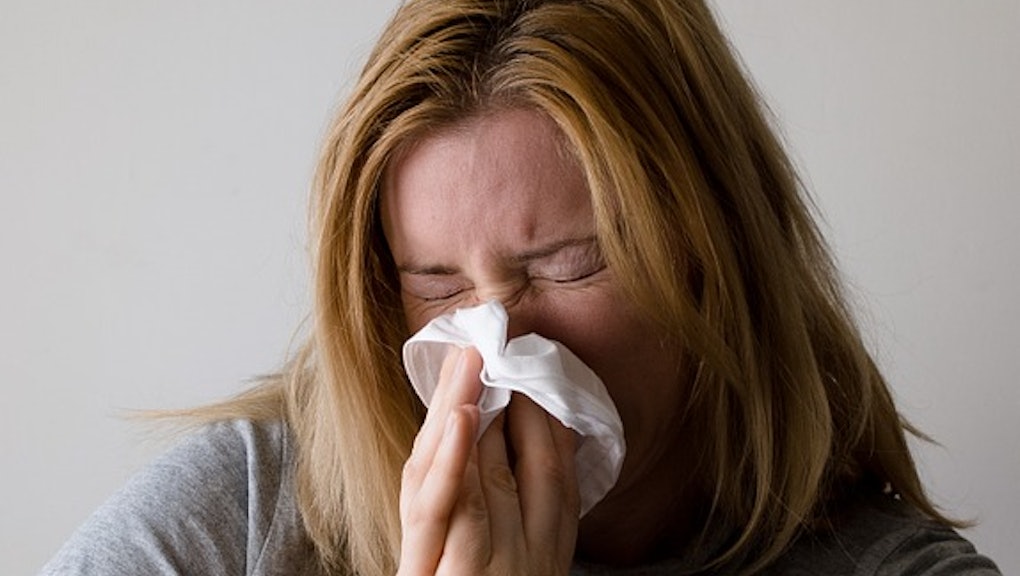 How Long Does a Cold Last? Explaining the Hell That Is the Common Cold

A cold might start with an innocent runny nose at first before it quickly leads to congestion, sore throat and cough trifecta that leaves you miserable and wondering, "For the love of God, when is this going to end?" Well, some symptoms should only last a few days, but others can appear later and also linger a bit longer.

The entire cold cycle should last about a week, according to WebMD. Sore throat is the first sign of a cold, which should only last a couple of days. Congestion, runny nose and a cough are usually secondary symptoms that ensue on the fourth or fifth day and should be over by the seventh day. WebMD recommends heading to the doc if your cold lasts more than a week.

However, if your cough doesn't subside after a week, don't panic. A 2013 study by the University of Georgia's School of Public Health found that the average cough caused by the common cold actually lasts around 18 days.

Colds are contagious the first few days, according to WebMD, so work from home. There's nothing heroic about being that person who refuses to miss work when you're sick, especially if you're getting everyone else sick in the process.