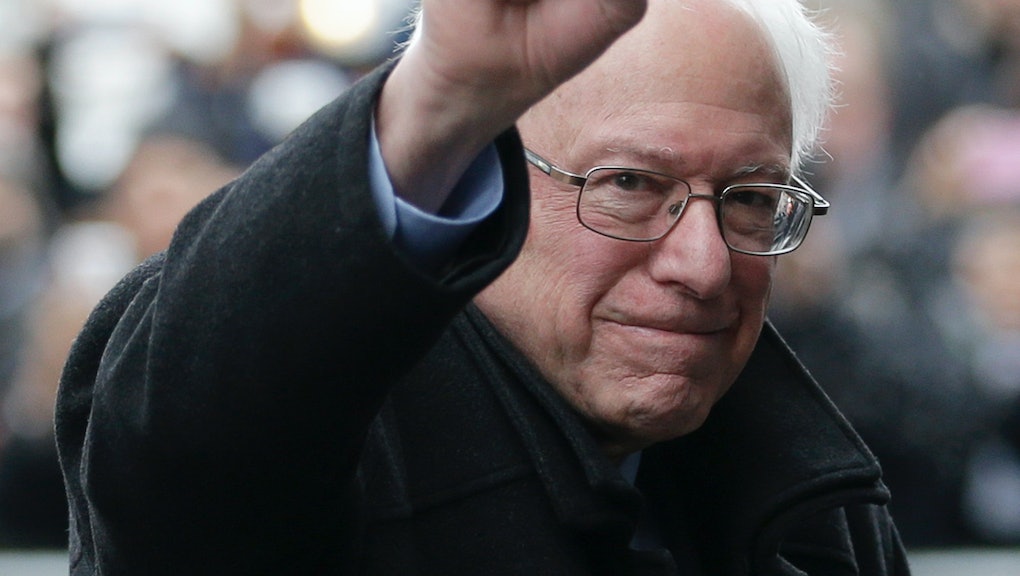 So what *do* Donald Trump and Bernie Sanders have in common?

If you're scratching your head over the fact that people like Fox News heavyweight Bill O'Reilly are asking that question, you're not alone — Bernie's right there with you.

During Vermont Sen. Bernie Sanders' visit to The Late Show Wednesday, fresh off a New Hampshire primary win, host Stephen Colbert asked him to defend himself from O'Reilly's bold statement on the show earlier this week that Sanders and boisterous GOP frontrunner Donald Trump "are the same guy".

In one simple argument, Sanders made it perfectly clear. Both Trump, Sanders and their supporters are "angry" about certain conditions in this country, but Trump plans to attack those issues by "keeping Muslims out of this country" and "scapegoating Latinos and Mexicans," and Sanders is not.

"People have a right to be angry, but what we need to be is rational in figuring out how we address the problems and not simply scapegoating minorities," Sanders told Colbert Wednesday's episode.

Watch the entire argument below: