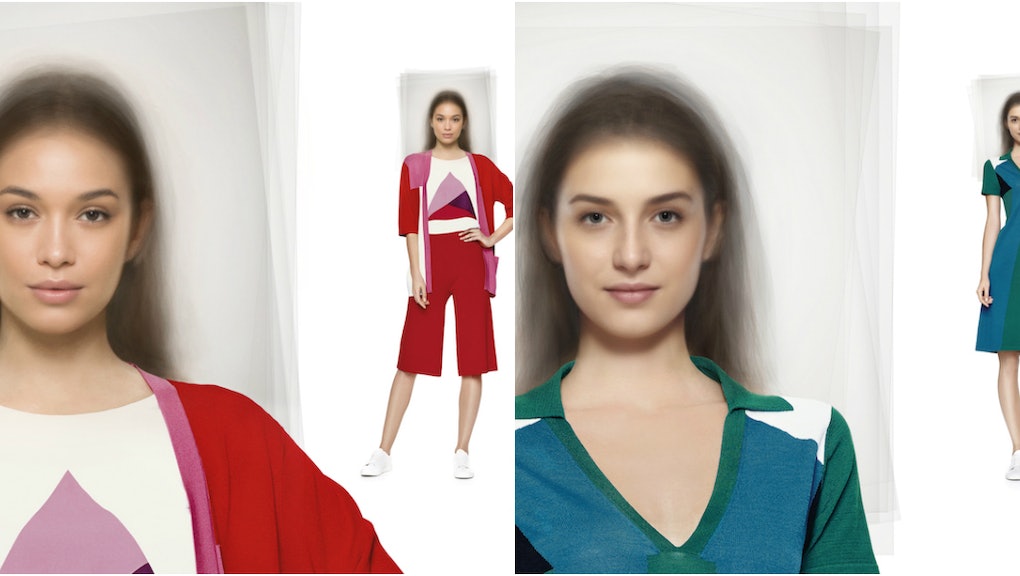 It's 2016 and fashion brands can no longer ignore the calls for diversity. More and more companies are finally responding by thoughtfully including a greater variety of models, of all ethnic and racial backgrounds, in their advertisements.

One company that hasn't had to make a big change is Benetton, which has established itself as a leader on the multicultural front since its "United Colors" campaigns in the 1980s. The latest ad campaign from Benetton makes another overture to multiculturalism — this time, by blending together diverse female faces for one single, ethnically ambiguous woman.

The ads, part of the company's campaign called A Collection of Us, are called Face of the City. As AdWeek explains, the company used demographic data from six different cites to determine the exact ethnic makeup of each city's population. Benetton then cast real models to represent the ethnic makeups of each city and used an algorithm to blend all their faces together.

As the company explained on its website, "The models that wear our new collection do not exist. They're a combination of all the ethnicities that are living in today's cities."

The approach, in theory, is about embracing a multicultural ideal: "Colors combine, identities merge in celebrating a global society that's constantly changing."

The ads, meant to promote Benetton's new Carnival Capsule Collection, are intended to be "a celebration of diversity in our ever-changing societies," the company wrote in a press statement.

And yet diversity, particularly in fashion, is arguably all about acknowledging, showcasing and celebrating differences. As director Ava DuVernay pointed out recently, when we talk about "diversity," we often mean to address a lack of inclusion or belonging — that there are people, or faces, that are simply being left out of the picture.

That's certainly the case in fashion, where so-called diversity problems have largely consisted of excluding women of color. "I'm tired of complaining about not getting booked as a black model and I'm definitely super tired of apologizing for my blackness!!!!" one model, Nykhor Paul, wrote in a viral Instagram comment. It's not only insulting when black models like Paul are left out of non-diverse ads; it also sends the message to anyone looking that their beauty, their blackness, isn't part of society's beauty ideal.

The Face of the City campaign, much as it aims for diversity, sidesteps that kind of inclusiveness and celebration by blending all the faces together, promoting a ethnically ambiguous look that, in most cases, is pretty darn white. By putting the models' faces together, women of color are again not represented.

The point of diversity in fashion, in theory, is to present all kinds of faces within images of beauty — ironically, Benetton has been so good at doing that in the past:

Putting all those faces in a blender, however, effectively erases many of them.

There hasn't been much internet outrage or even response to the ads (which isn't all too surprising, given how much Benetton's popularity has shrunk in today's fast fashion world). But for those who call on fashion companies to incorporate more diversity and representation into their ads, it's worth examining how that is best accomplished — and what the ultimate goal is.