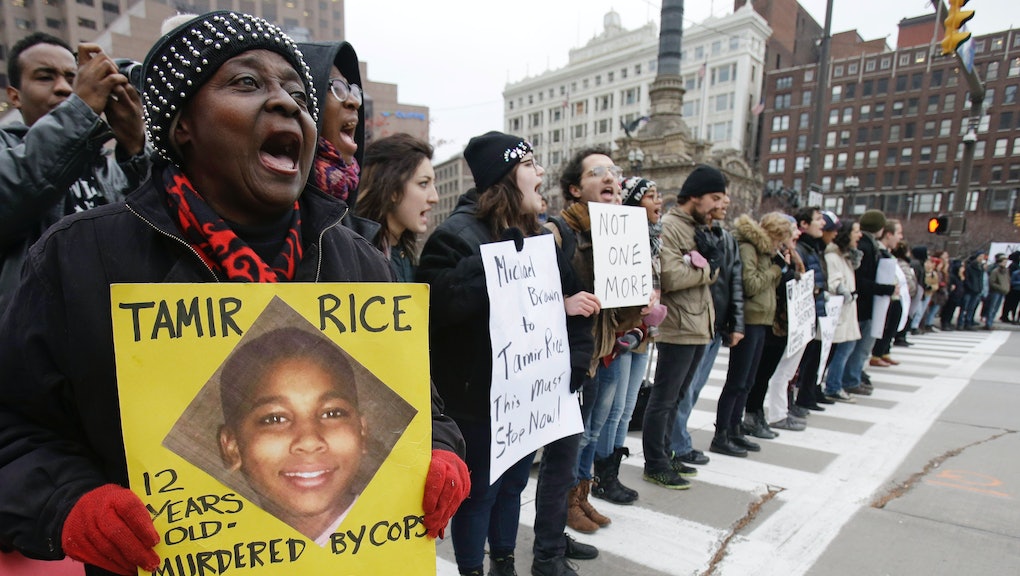 The City of Cleveland wants the estate of Tamir Rice — the 12-year-old, unarmed black boy fatally shot by a police officer in November 2014 — to pay for his ambulance bill.

On Wednesday an assistant law director, on behalf of the city, filed a creditor's claim against the Rice estate for the outstanding EMS bill in Cuyahoga County Probate Court, according to WKYC.

The shooting occurred, Officer Timothy Loehmann alleged, when Rice was reaching for something around his waistband, prompting Loehmann to react by shooting the boy in the torso. It was later revealed the boy had a toy pellet gun on his person, but his hands were in his pockets when he was shot.

Rice was rushed to the hospital in an ambulance where he died the following morning. And that's the ride for which the city is asking Rice's family to shell out.

A grand jury declined to indict Loehmann in December.

"The Rice family is disturbed by the city's behavior," Rice family attorney, Subodh Chandra, said in a statement to WKYC. "The callousness, insensitivity and poor judgment required for the city to send a bill — its own police officers having slain 12-year-old Tamir — is breathtaking.

"This adds insult to homicide. The Rice family considers this a form of harassment."