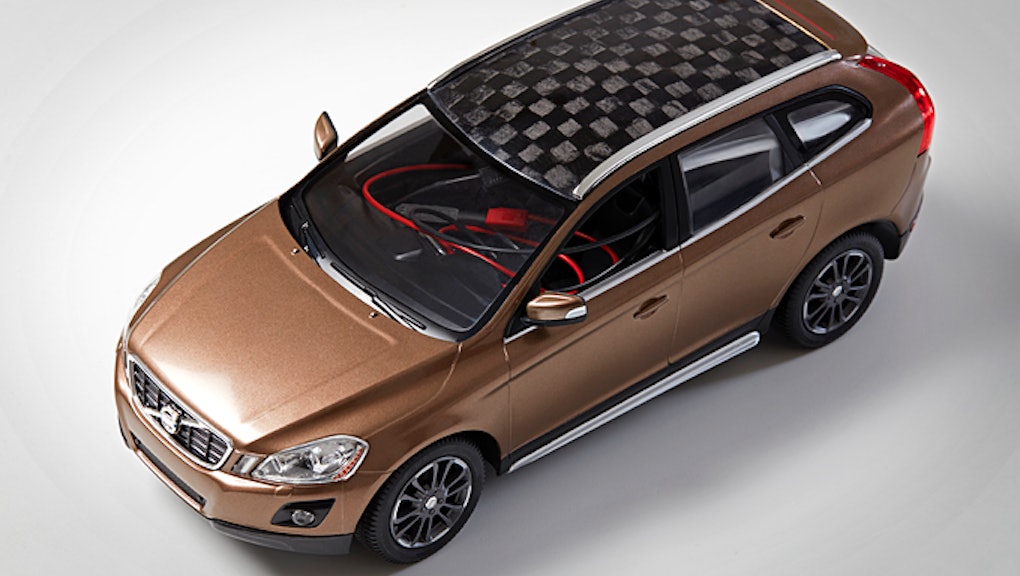 This Is the Lightweight, Renewable Carbon Fiber Car of the Future

Cars could soon be made out of plants instead of metal. Researchers in Sweden are working on a new car material made out of a wood-based carbon fiber.

The Royal Institute of Technology in Stockholm has created a car roof out of wood composite and a carbon fiber car battery made with lignin, an substance found in the cell walls of plants, according to Science Daily.  Lignin is one of the earth's most plentiful natural polymers.

Scientists are using it to both build exterior components of the car and conduct electricity in batteries. Using this technology, batteries can be made with leftover product from paper pulp mills. This means that car batteries (and cars themselves) could get a lot cheaper. Carbon fiber as it's known today is highly expensive to produce and remains a material used exclusively in high-end cars.

"Lignin-based carbon fiber is cheaper than ordinary carbon fiber, lignin is the residue of the forest, at best, fired up," explained the study's lead researcher, Göran Lindbergh, in a statement. "Batteries with lignin [are] distinguishable from ordinary batteries,"

The potential for such a substance brings up a lot of questions about the future of cars built with biomaterial. For instance, will these cars breakdown or biodegrade faster? What happens to this material in an accident? For now, the scientists are only working on building material for a toy-sized car, but they've released a roadmap for making this material available within the next 10 years.

Going forward, researchers are planning to launch a pilot that will test what it would be like to scale up production of lignin-based carbon fiber.