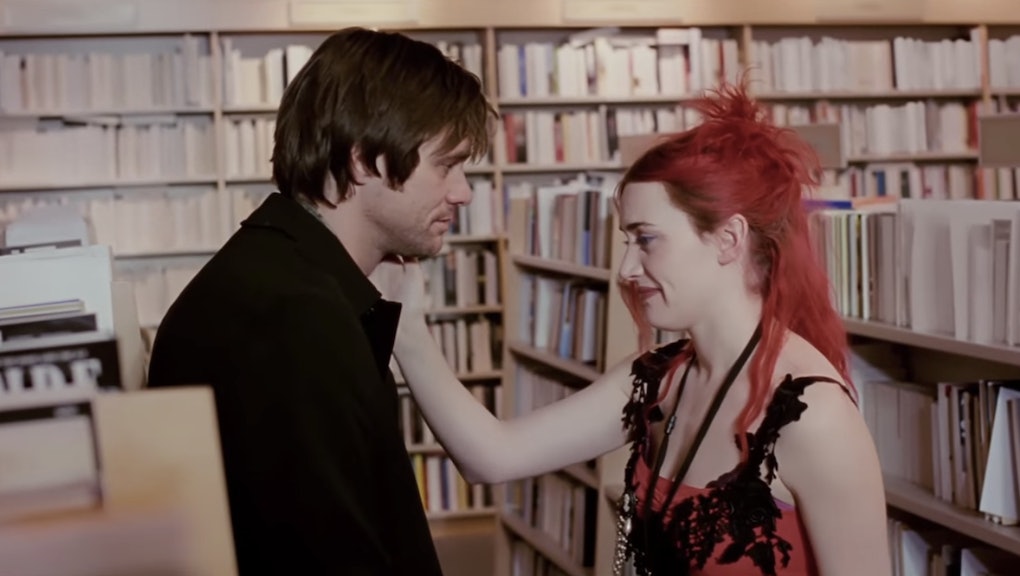 Scientists Now Say 'Eternal Sunshine' Is Within Your Reach

Regrets, you've had a few.

If you're human, that Frank Sinatra line more than likely resonates. But now, scientists believe they've found a way to wipe clean your slate.

Now PBS' NOVA explores this possibility in its latest documentary, Memory Hackers. The doc cites decades worth of scientific discoveries that explore how the human brain makes, stores and recalls memories. And the next frontier: Memory manipulation.

But while the memory-erasing process of the film's protagonists had heartbreaking results, scientists are excited about what the new development could mean for those suffering from trauma, phobias and addiction.

Director Michael Bicks told the New York Post, "It might be possible to work with PTSD, and that's a huge deal. It could happen very soon."

According to the Post, Dutch psychology professor Merel Kindt has found an antidote with the potential to alter a memory without erasing it entirely. When she administered a drug called propranolol to people with arachnophobia, Kindt found they could overcome their fear of spiders. She believes the drug enables the brain to recall the event or subject matter, remove the negative association with it and then "resave" it, essentially editing one's memory.

Bicks said he was partly inspired by the research of London South Bank University psychology professor Julia Shaw, who proved she could successfully make her subjects form false memories.

"I thought, 'No, this could not possibly be,'" Bicks told Co.Create. "And [Shaw] said, 'No, no, I convinced all these people that they committed crimes.' She sends links to all her videos, and I'm thinking, 'This is crazy.' I called up other scientists, and said, 'Could this really be?' And they said, 'Yeah, it really is.'"

Some speculate that incidents like that of disgraced former NBC Nightly News anchor Brian Williams were actually cases of falsely formed memories. While most were quick to call Williams a liar for claiming that, during a 2003 reporting trip to Iraq, his helicopter was hit by a grenade (he was actually flying behind the helicopter that had come under fire), New York Times columnist Tara Parker-Pope speculated that Williams was actually a "victim of false memory."

While science is on Williams' side, he probably wouldn't mind forgetting the affair entirely. And maybe soon he can.