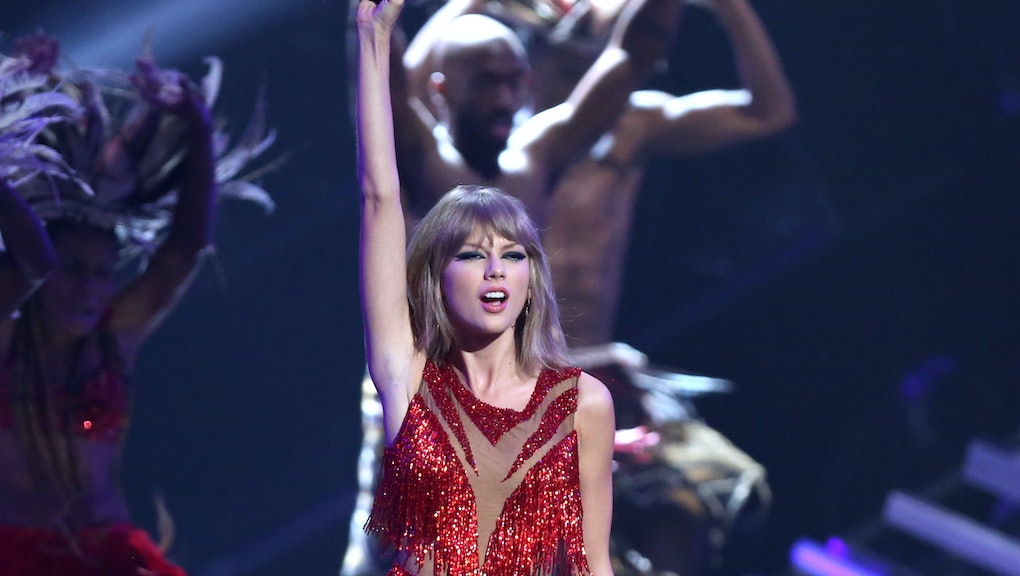 What Song Will Taylor Swift Sing at the Grammys? There Are Many Options to Choose From

While the incredible Super Bowl halftime performance Sunday by Coldplay, Beyoncé and Bruno Mars stole the show and grabbed much-deserved Sunday night headlines, another marquee artist made a big announcement that day. Taylor Swift, up for seven nominations at the 58th Grammy Awards, will open the ceremony, according to USA Today. While it's unclear which song she will perform, we can still whittle down the list.

While Swift will take a song from 1989, which is up for album of the year, she won't perform a song from the album that's up for a Grammy, according to USA Today. As a result, "Blank Space" and "Bad Blood" are off the table. Furthermore, it's safe to assume "Shake It Off" won't be recited, either. She's already performed the song on several occasions, including the 2014 MTV Video Music Awards and at last year's Jingle Bell Ball.

Therefore, it's quite possible T-Swift will perform one of her newer singles — "Wildest Dreams" and "Out of the Woods." Both had accompanying music videos with mood-centric themes, so there's more material to work with, as opposed to a song that hasn't had as much publicity.

Of course, the only way to definitively know would be to tune into the Grammys on Monday. The awards show begins at 8 p.m. Eastern on CBS, and if you want to catch Swift's opening performance, be sure to get to a TV screen on time.