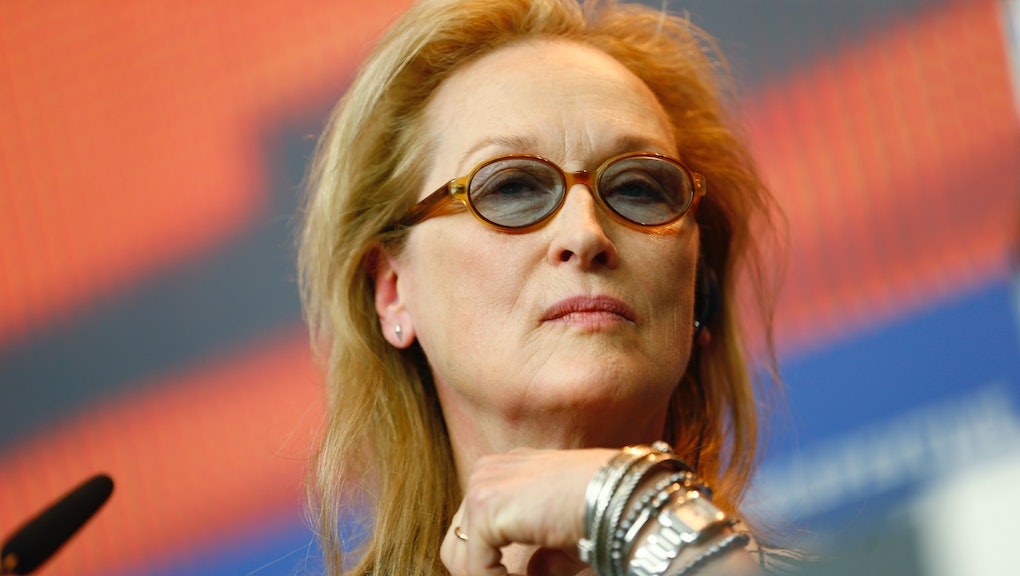 Though beloved for her talent, Academy Award-winning actress Meryl Streep doesn't have the best track record when it comes to speaking publicly about race. Streep demonstrated this again on Thursday when, in response to a question about diversity at the Berlin International Film Festival, Streep stated that "We're all Africans, really," according to an Associated Press tweet.

The actress, who is the festival's jury president, acknowledged that although the Festival's panel is all white, "at least women are included and in fact dominate this jury, and that's an unusual situation in bodies of people who make decisions," according to Mashable.

Plenty take issue with her statement, and are making their disappointment known on Twitter.

This isn't the first time Streep's commentary on race has inspired backlash. In the Sept. 29 issue of Time Out London, for example, Streep posed in a T-shirt bearing Emmeline Pankhurst's famous quote, "I'd rather be a rebel than a slave." Streep's support of this phrase offended many. The suffragette movement was dominated by white women who notably made racist statements and excluded women of color.

While Streep has certainly used her star power to fight for equality in the past, her efforts have mostly centered on gender, perhaps most notably in raising awareness about the underrepresentation of women in the entertainment industry. But given recent conversations about racial diversity in the industry sparked by the #OscarsSoWhite controversy, it seems Streep would do well to consider advocating for, and better understanding, the need for diversity in the industry beyond just gender.

Correction: It appears these comments from Streep were taken out of context and she was actually replying to a different question.