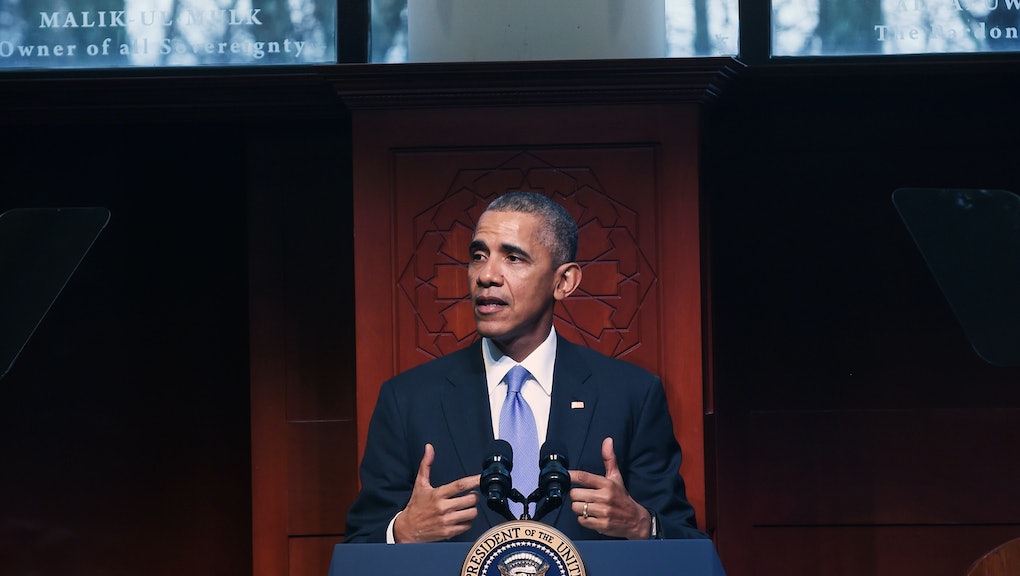 President Barack Obama's budget request for fiscal year 2017, which officially begins on Oct. 1 of this year, contains all kinds of modestly progressive proposals for changes to the tax code and spending on social programs. But one standout feature of the budget plan is a striking increase in the amount of spending devoted to "demand reduction" in the war on drugs — funds for drug treatment services, prevention and education programs and research into the effects of drug use.

"The president's 2017 budget calls for our country's largest investment in treating and preventing substance use disorders in history," Michael Botticelli, Director of National Drug Control Policy said in a statement. "The budget recognizes how important it is to expand access to prevention, treatment and recovery support services so we can prevent youth substance use, provide treatment to those in need and sustain long-term recovery."

If Congress takes up Obama's request, spending on demand reduction would jump from $12.3 billion in 2015 to $15.8 billion this year.

From the perspective of drug policy reformers who have called for illicit drug use to be dealt with as a public health issue, the increased investment in helping people cope with the health effects of drug use is a positive step forward, and an encouraging continuation of the increased attention Obama has shown to demand reduction through much of his second term.

But what's even more noteworthy is that, should Obama's plan be enacted, it would be the first time demand-reduction funding surpasses spending allocated for "supply reduction" — the traditional, increasingly controversial tools of the war on drugs, such as harsh prison sentences and cracking down on cartels and trafficking.

In other words, it would be the first time since the beginning of the modern war on drugs that taking care of users was a bigger priority than chasing dealers. And the amount of money requested for dealing with supply reduction would essentially remain flat compared to spending last year under Obama's budget.

Why it matters: Should Obama's drug funding request become reality, it would count as a landmark moment for the federal government's prosecution of the war on drugs. But for drug policy reformers who consider demand reduction in the form of law enforcement to be an almost entirely pointless battle, there's still a long way to go.

Spending on supply reduction is about as high as it's ever been since the beginning of the modern war on drugs, and it's still neck-and-neck with demand reduction. Advocates for ending harsh law enforcement-driven drug policy point to the fact that use of hard drugs has remained roughly constant for decades and emphasize many illicit drugs have become cheaper and easier to access over time. Many have pushed for decriminalization policies paired with health-focused responses, which have been enormously successful in some countries.

A great deal of what's driving a more pronounced effort to deal with drug use prevention and treatment is the heroin epidemic spreading across the country. Heroin overdose deaths nearly quadrupled between 2002 and 2013, and use among young adults has more than doubled in the past decade. As heroin abuse has seeped into whiter and more middle class communities, it has increasingly garnered a compassionate response from lawmakers across the political spectrum.

Obama's budget requests includes $1.1 billion in funding specifically designed to tackle prescription opioid abuse — a common gateway drug to heroin use — and the heroin abuse epidemic. Those funds are spread across investments in a variety of different kinds of treatment programs, notably including medication-assisted therapies.

The classic enforcement-driven war on drugs is far from over, but it's increasingly in serious competition with a model focused on prevention and treatment. Which model will win in the long run is an open question.