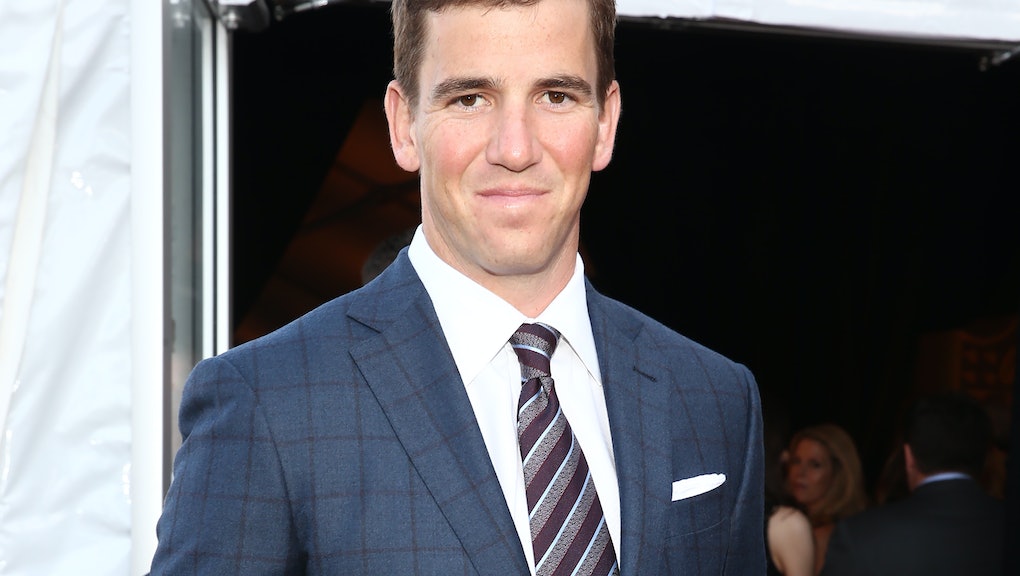 While the entire Manning family was celebrating Peyton's Super Bowl win on live TV, Peyton's brother Eli looked like he really had to use the bathroom — or something — in a moment that will live on in Super Bowl infamy.

Or, at least, as a mega viral Vine.

But now we finally know the truth about Eli Manning's seeming reluctance to join the revelry: Turns out he just suffers from what may be the most famous case ever of RBF, or Resting Bitch Face.

Peyton told Jimmy Fallon on The Tonight Show Wednesday night that Eli was just "kind of into the game as if he was playing it" and that he was "just as happy," but admitted Peyton's worn a "similar expression" during other milestones in his brother's life.

So there's your answer, America. Even famous NFL quarterbacks get RBF.