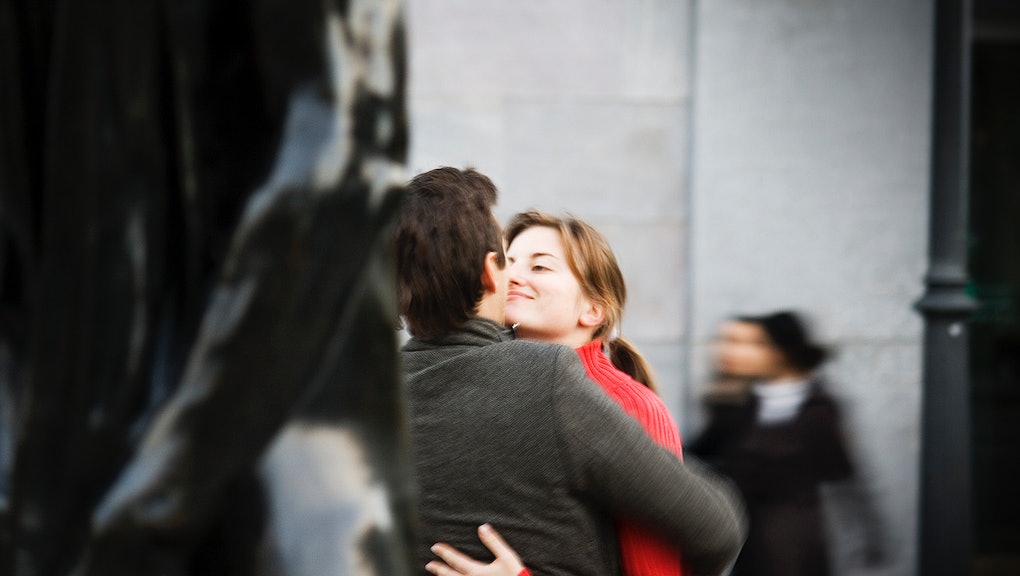 Does Love at First Sight Exist? Here's What Science Says About Lust and Romantic Love

Love at first sight has become an anecdotal phenomenon foddered out in misleading cookie-cutter romantic comedies. Many claim to feel their hearts skip a beat, an instant connection and the knowledge that this person is "the one." Yet, others identify this all as lust, infatuation or sexual attraction — not true love. In 2014, 41% of men and 29% of women reported to Match.com that they had felt love at first sight, the Wall Street Journal reported.

Humans mate based on three systems: romantic love (noted by the release of the feel-good dopamine in the brain), the sex drive (fueled by testosterone) and the calmer deep attachment. With the dependency of a few certain factors and definitions of love, romantic love can actually be triggered while first meeting someone, according to the Wall Street Journal. Although that's no guarantee it'll be one of fairy tales.

"The brain system for romantic love is like the fear system," biological anthropologist Helen Fisher told Startalk Radio in June. "You can be scared instantly and you can fall in love instantly."

Those factors include an obvious and also reciprocated liking of the person's appearance and personality, according to a 2010 study by Stony Brook University professor Arthur Aron. "One day the person smiled at them, and at that moment they fell in love because it was perceived as safe," Aron told the Wall Street Journal. "You may be more likely to fall in love quickly if you are ready."

Some studies show that people are able to decide within a second if they are attracted to someone or not. Men are also more likely to fall in love at first sight, since they're visual creatures, Fisher told the Wall Street Journal. Sexual desire is arguably an ingredient in the potion of love, and is vital in the biological urge to mate (the foundation on which love is built on), Psychology Today reported.

A 2014 study by the University of Chicago found that there is a difference in the brain regions activated and eye patterns between sexual desire and love. Although the participants in the study were looking at images of either single attractive people or couples, the researchers believe the study proves that the brain is able to instantly process the two emotions separately.

Some still believe that true love is something that grows slowly over time and effort and involves personal sacrifice, the Guardian reported. Even Fisher said it will take time, memories and hard work to fully build love, according to Women's Health.