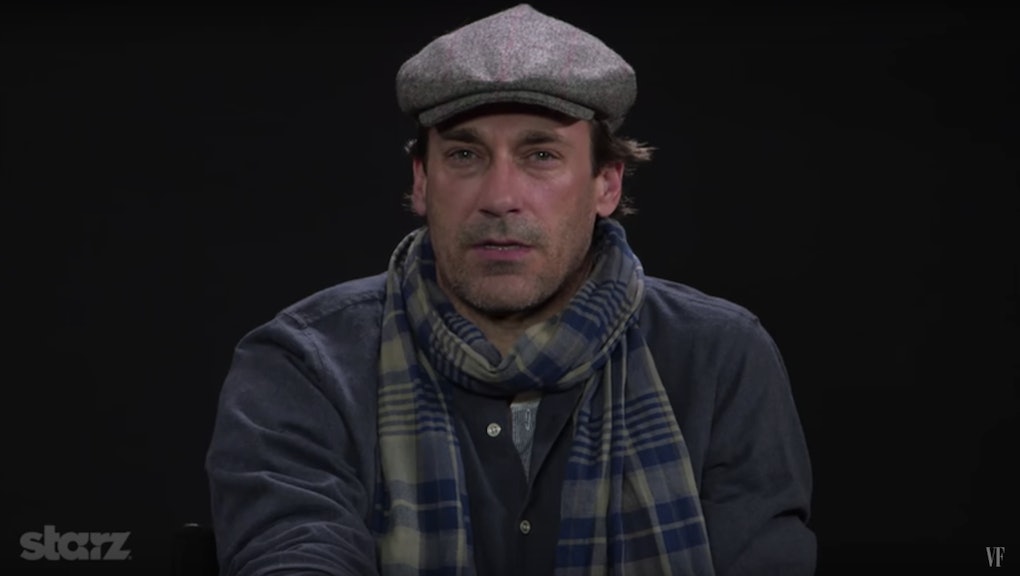 Vanity Fair enlisted 29 celebrities attending the Sundance Film Festival to do dramatic readings of Justin Bieber's hit song, "Sorry." The resulting video, which hit YouTube on Wednesday, on is a must-see for Beliebers and non-Beliebers alike.

The featured stars include Jon Hamm, Maya Rudolph, Johns Krasinski and Legend, Nick Jonas, Don Cheadle and Chelsea Handler, among many others.

The magazine gave a hat-tip to W Magazine which made a similar video in December for Drake's "Hotline Bling."

While there are plenty of fans and media outlets celebrating the video, heralding it as "hilarious," at least one journalist found reason for outrage. Wrote the Independent's Clarisse Loughrey:

"A bunch of actors were forced to do a dramatic reading for Justin Bieber's 'Sorry', proving they are merely puppets stringed up at our perpetual disposal. And, if we want them to pretend to cry while reading lines as emotionally void as, 'Cause I'm missing more than just your body,' then they will absolutely do just that."

Make up your own mind by watching it here: