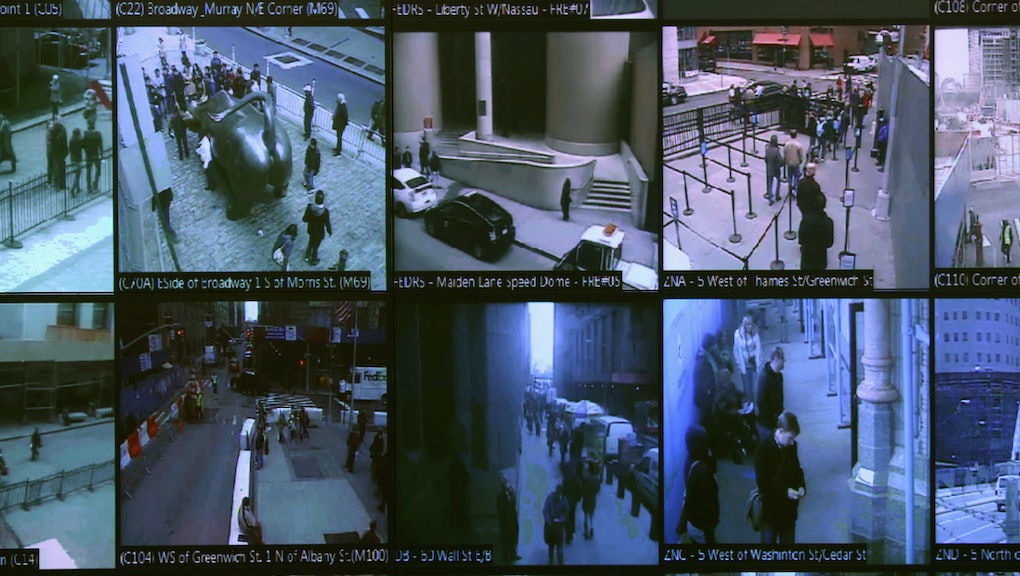 Sometimes new technology shows us just how dated the law is.

Without a warrant, agents from the Bureau of Alcohol, Tobacco, Firearms and Explosives set up a camera to watch a Tennessee farm for 10 weeks until they finally saw someone in possession of a firearm. In the decision from the Sixth Circuit Court of Appeals, a district judge ruled that there's no difference in whether police use their eyes to watch your property or if they use a camera mounted 200 yards away, recording video for months.

"This 10-week surveillance was conducted without a warrant," the judge said. But "the use of the pole camera did not violate Houston's reasonable expectations of privacy because the camera recorded the same view of the farm as that enjoyed by passersby on public roads."

Technically, that's true. Technically, they were watching him in a public space, just like any government agency is allowed to do. Technically, this doesn't violate reasonable expectation of privacy. Technically, you could even install a camera anywhere in your home, even if you're renting it out on Airbnb. And when it comes to the law, "technically" is all that matters.

Surveillance used to be hard. If you wanted to watch someone's farm for days at a time, you had to commit manpower. Stake-outs are grueling, lengthy and costly, and those human limitations served as a check on whether or not a department was going to go all-in on its surveillance of a target.

"This has always been a practical, built-in restriction because if you're assigning an officer to do that, they're not doing something else," Rachel Levinson-Waldman, senior counsel for the Brennan Center for Justice, told Mic about the rise in GPS trackers used in police surveillance. "It was a structural limitation on how long that surveillance was going to go on and on how many people can be subject to it."

Is collecting thousands of hours of footage of someone in a database really the same thing as watching that person from the road?

Now police can watch dozens of places or points from the safety of an office or a car, and the price of setting out GPS trackers and unobtrusive cameras has plummeted in the past decade, and a $8,000 piece of GPS-wired police bait now costs only $1,400. But still, we're working with a Fourth Amendment framework that hasn't caught up.

Now that a single police officer can become a surveillance control center watching dozens of points at a time, do we need more stringent rules about what kind of information they can collect? And what's more, is collecting thousands of hours of footage of someone really the same thing as watching that person from the road?

The same technological question is posed by license plate readers. Under the law, there's nothing wrong with photographing a license plate in a public space and then writing down where you saw that plate. And only 20 years ago, before we had giant computer databases that could take each of those logged locations and pull them together to build a profile of where all of these cars are potentially traveling at a given time, that wasn't a problem.

But now we have digital spreadsheets, machine-learning algorithms and even simple tools that can connect more dots than police officers could handle on their own. For now, we're still convicting people as if cameras were eyes and databases were no better at drawing connections than the human mind.