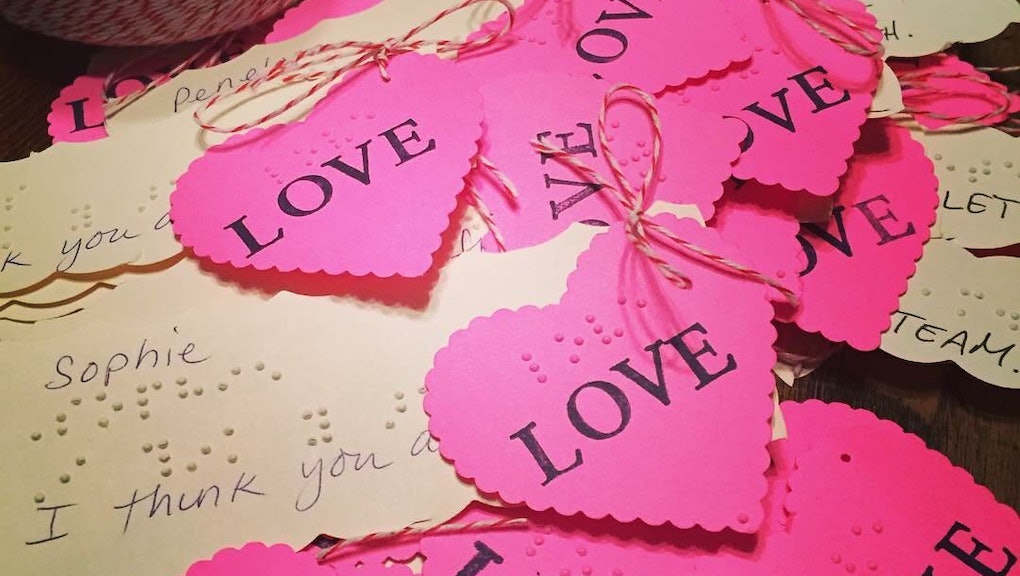 If this doesn't thaw your ice-cold heart in time for Valentine's Day, nothing will.

On Thursday, the father of a blind second grader shared a photo of his daughter's festive handiwork on Reddit: heart-shaped valentines with "Love" written in braille. The proud dad, user Mack3r, said his daughter made the cards using a Perkins Brailler, a typewriter-like tool that punches the dots onto paper.

Mack3r said he helped his daughter by writing the words in print, so her classmates could understand the message. The 8-year-old handed them out at school on Thursday.

Impressed by her kindness, Redditors said they hoped she receives a braille valentine in return. "She's gotten one before from a close family friend, it would be awesome if one of her classmates did that too!" replied her dad. "I'll let you know."