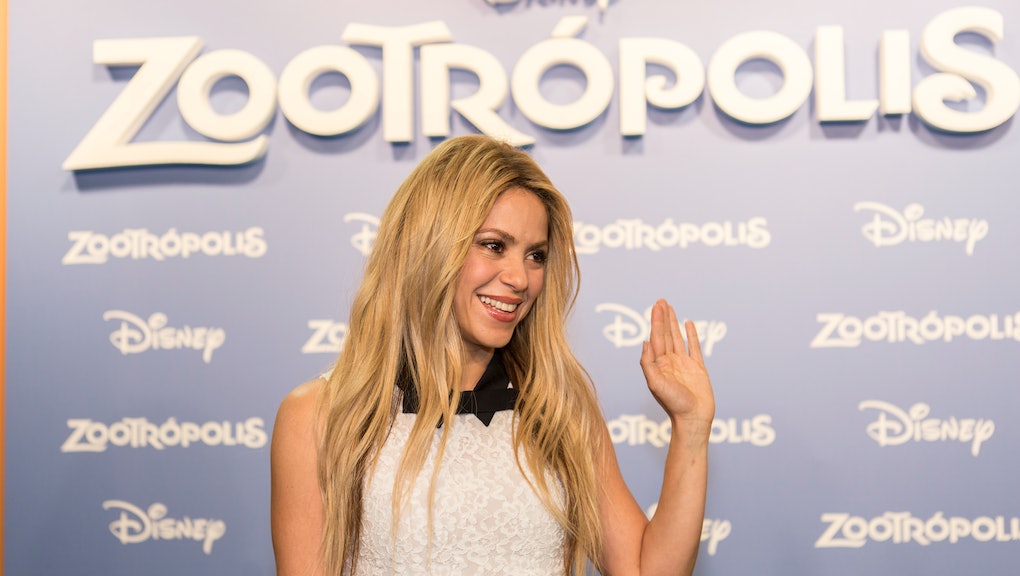 Shakira's hips don't lie, and neither do her avatars.

The international pop star plays Gazelle in the new Disney film Zootopia. But when Shakira first saw a sketch for her character, she had one objection: Gazelle was missing one crucial feature: her signature hips.

In an interview with Spanish-language newspaper El Pais, Shakira said that she and her animated alter ego have a lot in common, but that they had to be a little bit more in line underneath their clothes.

"A lot of the details are mine: the eye color, the eyelashes, the hair," she said. "Including the clothes. That skirt is very 'me.' I felt she needed more hips ... and I asked them for more and they did it!"

Shakira shared a few snaps of Gazelle on her Instagram a few weeks ago, and the character definitely shares some of her fashion sensibility.

Shakira previously spoke to Glamour about the pressure to stay thin while being a pop star, a mother and a wife. However, her comments caused a little controversy when she said that she finally decided to accept her body type because her husband, soccer player Gerard Piqué, "prefers meat over bone."

Zootopia opens March 4 — see it whenever, wherever you can.