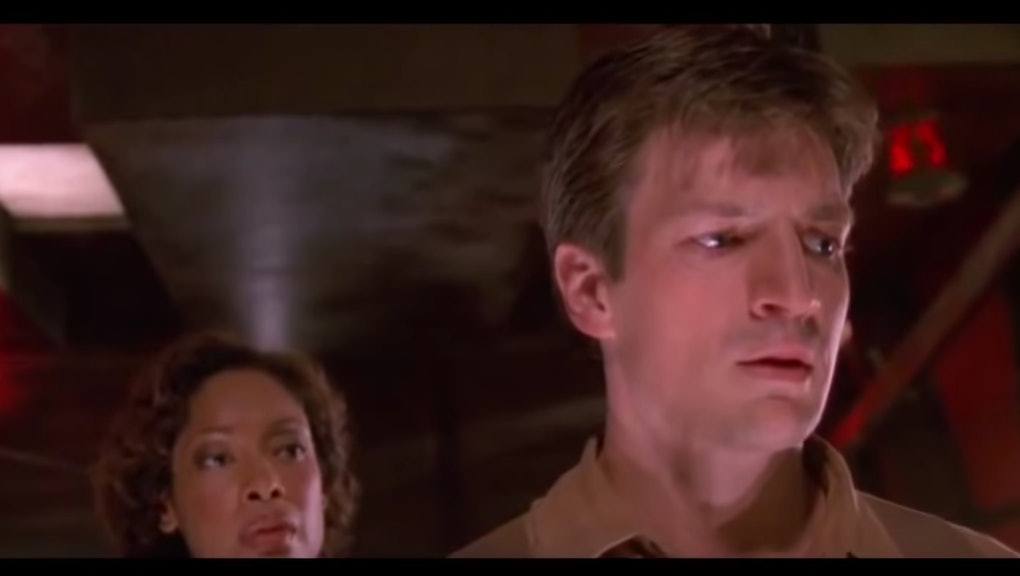 Sifting through the seemingly infinite (though ever-shrinking) Netflix catalog is a daunting task. Even with access to codes for several of the hidden genres,  the surplus of shows and films remains exhausting when one wants instant gratification. Luckily, all of those titles mean the streaming service has a broad range of genres represented to pique fan interests. One just has to know where to look.

Take sci-fi. Netflix contains an excess of sci-fi series, ranging from the iconic (Star Trek: The Next Generation and The Twilight Zone) to the disappointing (NBC's Surface). As such, the sci-fi catalog is teeming with potential, as long as a user knows what to find. Here are seven of the best shows currently available to stream — not including the obvious like Star Trek and Twilight Zone.

Firefly: The epitome of a cult TV show, Joss Whedon's Firefly only lasted one season on Fox — a cruel fate for a series loaded with potential and filled with fascinating characters. The sci-fi Western follows the spaceship Serenity and its wacky, adventurous crew lead by Captain Malcolm Reynolds (Nathan Fillion).

It's equal parts funny and dramatic, and by the end of the 14-episode season, you'll be clamoring for more. Thankfully, the passionate demand for more Firefly was answered in a 2005 movie follow-up, Serenity.

Twin Peaks: The David Lynch classic starts with the mysterious murder of a girl in this small town setting, which sends FBI agent Dale Cooper (Kyle MacLachlan). From there, the show goes down an elaborate rabbit hole, and a lot more questions demand answering aside from the murder itself. It's smart, it's really weird and it began what has become a consistent trope in TV and films: the creepy small town backdrop.

Similar to Firefly, fans of the series don't have to stop there, but they will have to wait a bit: Showtime will air a Twin Peaks reboot in 2017.

Lost: In what was a welcome introduction — putting creator J.J. Abrams on a higher plane after his success with Alias — Lost's ongoing mystery over how plane crash survivors ended up on a strange, secluded island kept viewers captivated. Lost captured everyone's attention with its ominous island setting, flashback sequences and a multitude of compelling central characters. Breaking several network taboos, Lost raised the bar not just for sci-fi television, but for all drama series.

Sense8: A Netflix Original, Sense8 comes from the creative minds behind the Matrix trilogy. The series follows eight strangers who are ultimately connected to one another — with the ability to share thoughts, knowledge and skills with each other.

It's dense storytelling, and a little bit uneven, but once again the Wachowskis have created a compelling world to gauge sci-fi interests. After a few flops since the original Matrix film, Netflix feels like the right platform for them.

X-Files: The X-Files' basic concept has, broadly, allowed so many shows to succeed — and not just other, familiar sci-fi series. Each episode has a main problem to solve, just as a show like Law and Order typically takes one crime per episode. It then adds a broader narrative arc for the season — and the series as a whole.

What's more, the chemistry between FBI agents Dana Scully (Gillian Anderson) and Fox Mulder (David Duchovny) keeps viewers tuned in, one being the skeptic for alien life, and the other, simply, wanting to believe. Like Twin Peaks, the show was brought back this year for a six-part mini-series, furthering the notion that great sci-fi is perfect for rebooting.

It's compelling for any Star Wars fan, but don't be put off by the Cartoon Network label. It's mature enough for an adult audience as well.

Black Mirror: The British series Black Mirror takes a Twilight Zone theme and sets it in the future, featuring single story episodes that center around futuristic technology, and its ramifications, with an unnerving tale. It's a thought-provoking, visually appealing series, and the twists within each episode will bring their own, unique repercussions and narrative structure. Seven episodes are available now, with more on the way.