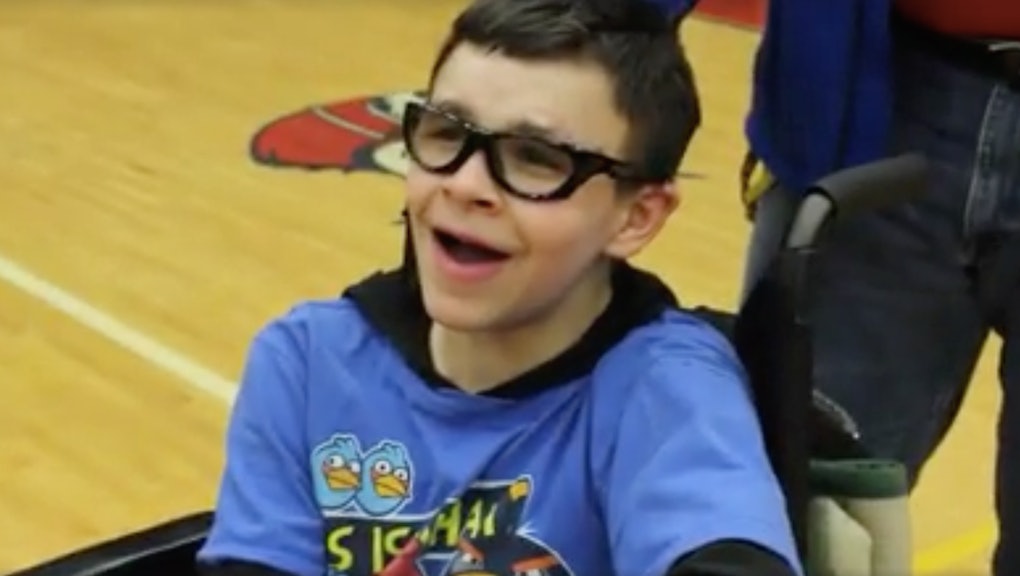 It's the Promposal That Will Make You Believe in Prom Again

Who are you taking to prom?

It's the question already consuming — and striking anxiety into the hearts of — America's teenagers.

For Kieu-Vi "Vee" Nguyen, a senior at Everett High School in Lansing, Michigan the answer to that question was sophomore and Nguyen's friend of two years Ben Davis. Their friendship is a unique one as Davis suffers from pantothenate kinase-associated neurodegeneration, or PKAN, which has left him wheelchair-bound and mostly unable to speak.

"He can't talk anymore so we have really short conversations," Nguyen told BuzzFeed. "Before he was able to say a few words and stuff but now it's putting his thumb up or down to answer my questions. We'd talk about his week, what he did. Just short conversations."

So when Nguyen decided to ask Davis to the prom, she set out to ensure the "promposal" was an unforgettable one.

At a school pep rally, Davis was wheeled onto the gym floor while two students presented him with a large box which read, "I'll ask you to prom when pigs fly."

The box was then cut open, letting fly a bunch of pig balloons. As the crowd cheered, Davis was turned around to see five girls in t-shirts spelling out "P-R-O-M-?" Nguyen rushed the floor where Davis handed her a red rose.

"He is such a sweet person with a kind heart and it's an honor being able to ask him to prom," Nguyen wrote on Facebook.

Once the story caught fire, Nguyen used the spotlight to spread a message of love and acceptance:

"I'm not sure if [Ben] knows exactly what prom is, but he's excited to be included in something normal for everyone else," Davis' mom, Brenda told BuzzFeed. "There are so many normal things he misses out on. For Vee to give him this opportunity that normal high schoolers do is truly a gift."