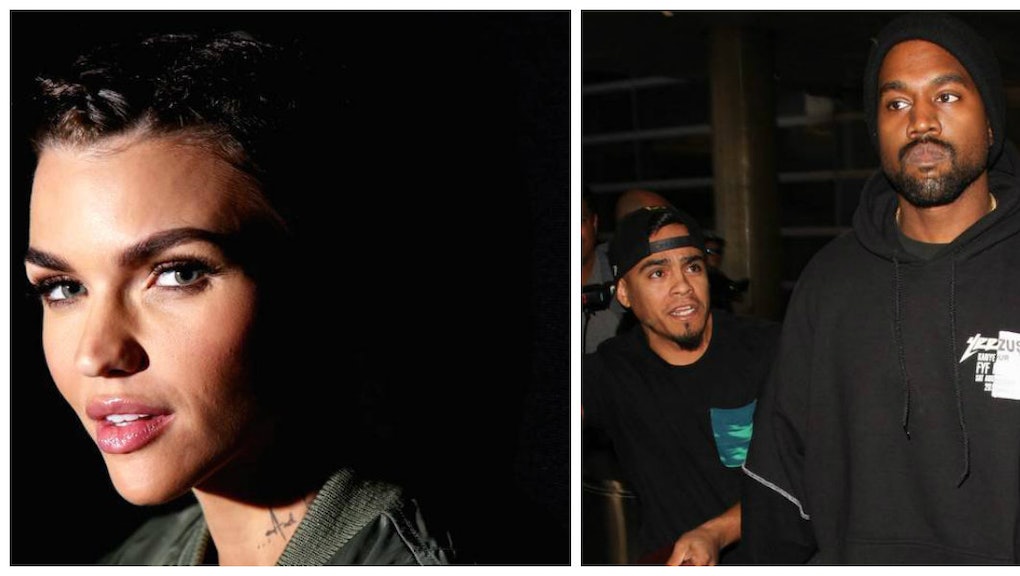 Ruby Rose on Kanye West: "Can I Still Support Him and Call Myself a Feminist? No"

Orange is the New Black star Ruby Rose publicly shamed rapper-turned-loudmouth Kanye West on Twitter early Friday for his questionable comments on Bill Cosby — and a litany of other things.

On Tuesday, Kanye West again met the ire of the internet when he posted a tweet declaring alleged serial rapist Bill Cosby's innocence.

Three days later, Rose chimed in on the issue, lambasting West for his anti-feminist comments, from the implicit victim shaming in his defense of Cosby to the rather more explicit slut-shaming of his ex Amber Rose (recall last year's "30 showers" tweet).

With the Thursday release of his new album, Life of Pablo, West continued to dig his ever-deepening hole with a lyric from the track "Famous," rapping "I feel like me and Taylor might still have sex / Why? I made that bitch famous."

And that was not lost on Rose either, who said, as a "friend" of Taylor Swift and a "feminist," there was no way she could continue supporting the rapper.