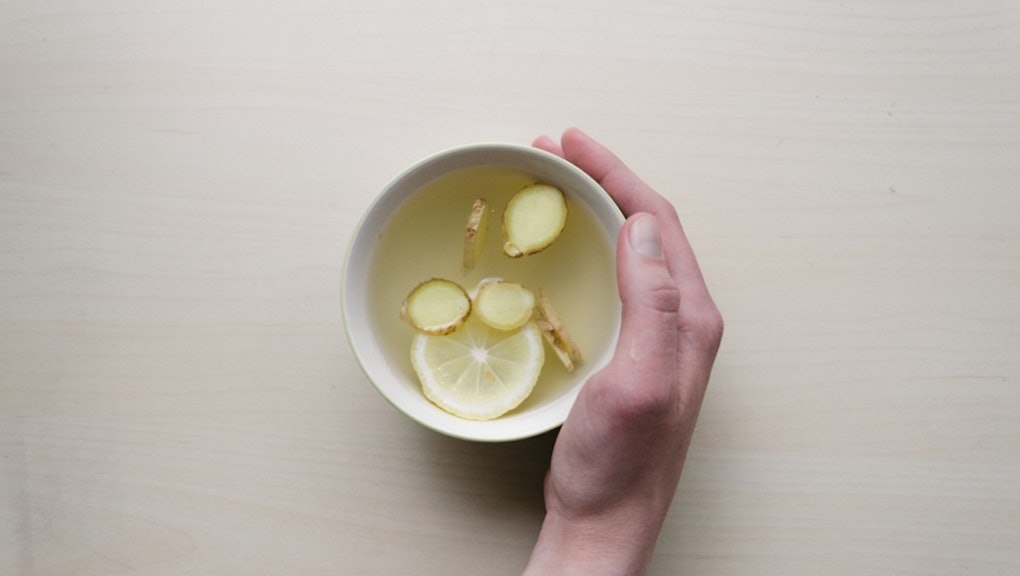 If you've ever reached for ginger to combat nausea or an upset stomach, you're not alone — and there's scientific evidence to support why that may be the case. Experts have trumpeted the health benefits of ginger for centuries, and the root has long been prescribed as a treatment for a number of ailments.

"The use of this ancient medicine for gastrointestinal problems (stimulation of digestion) has been given scientific approval," reads the abstract of a study published by the National Center for Biotechnology Information. "Today, medicinal ginger is used mainly for prevention of the symptoms of travel sickness."

The research: The plant is categorized in the botanical group Zingiberaceae, which is the same family as spices like turmeric and cardamom. According to Everyday Health, ginger can help alleviate symptoms like morning, motion or postoperative sickness, and promote good health by stimulating circulation, reducing spasms in the intestinal tract and reducing pain and inflammation caused by a number of illnesses.

Some studies also suggest that ginger can be used to treat forms of cancer, though the research is ongoing.

"The anticancer potential of ginger is well documented and its functional ingredients like gingerols, shogaol, and paradols are the valuable ingredients which can prevent various cancers," reads one study. "This review concludes to favor ginger but some ambiguities necessitate further research before claiming its efficacy."

Due to its anti-inflammatory properties, ginger has even been used to treat arthritis. And its proven ability to bolster the immune system has made the root a staple in both treating and preventing the common cold. Likewise, the plant is an antioxidant, which, when consumed, can help protect internal systems from harmful chemicals that result from oxidation within the body.

One 2003 study out of the University of Minnesota even suggests the plant can help combat colon cancer. The study focused on [6]-gingerol, which is the plant's main active compound that is also responsible for ginger's taste. Using lab mice, researchers determined that ginger could be "chemopreventive and/or chemotherapeutic" for colon cancer, though the findings needs expanding on, according to the University's research associate professor Ann Bode.

"The new experiments should be more clinically relevant," said Bode, according to Science Daily. "They will get at the question of whether a patient could eat ginger to slow the metast of a nonoperable tumor."

Recommended use: WebMD recommends 250 mg of ginger four times a day to treat morning sickness, or that patients take one to two grams of ginger powder an hour before anesthesia to treat postoperative nausea.

The root can also be shredded or chopped and added to hot water to make tea, or diced and used in a variety of recipes. Here's British master chef Jamie Oliver to show us how it's done.