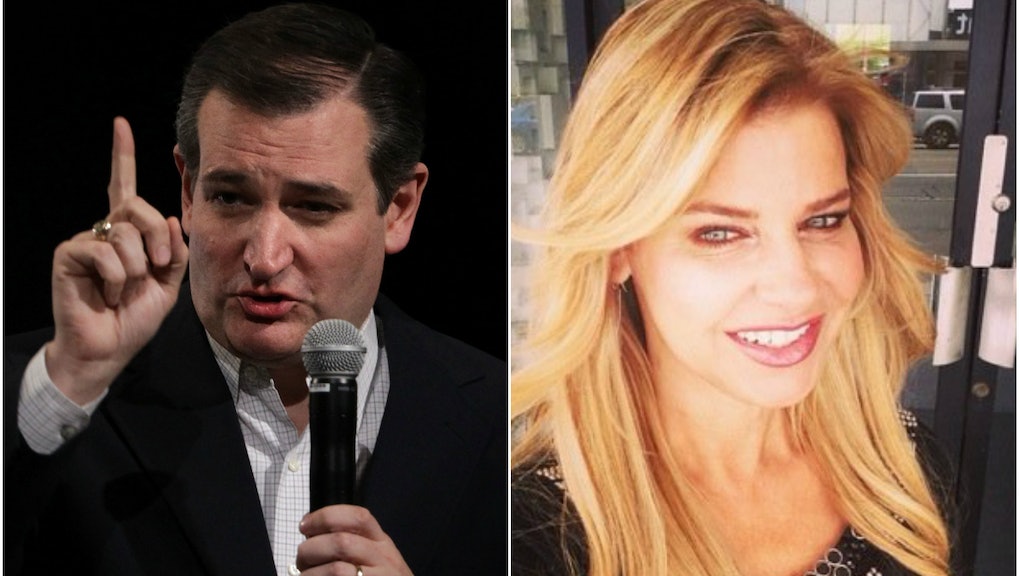 "The actress responded to an open casting call. She passed her audition and got the job. Unfortunately, she was not vetted by the production company," Cruz spokesman Rick Tyler told Buzzfeed. "Had the campaign known of her full filmography, we obviously would not have let her appear in the ad."

For her part, Lindsay, a self-identified conservative Christian, appears to be deeply troubled by the Cruz campaign's decision to pull the ad. The actor commented on the implications of the campaign's decision on Twitter, saying she was "extremely disappointed" the ad was removed.

Initially, Lindsay said she believed the casting director was aware of her full work history, and that her inclusion in the ad indicated Cruz might be trying to reach a different type of supporter — "not just some old, white Christian bigot, but also, perhaps, "a cool kind of open-minded woman like me," she told BuzzFeed.

The problem isn't simply that slut-shaming views like Cruz's tend to inform public policies that leave Americans grossly under-informed about sex and poorly equipped to take control of their reproductive health. They also reflect the inescapable stigma faced by anyone who has ever done sex work in any form, and the way society relegates sex workers even when they aren't sex workers anymore. If you've ever engaged in prostitution, you can be fired from your teaching job later; if you've worked as an escort, you can lose titles you've earned as an athlete. Hell, if you want to be on American Idol but once posed topless for a porn site, well, that's too damn bad.