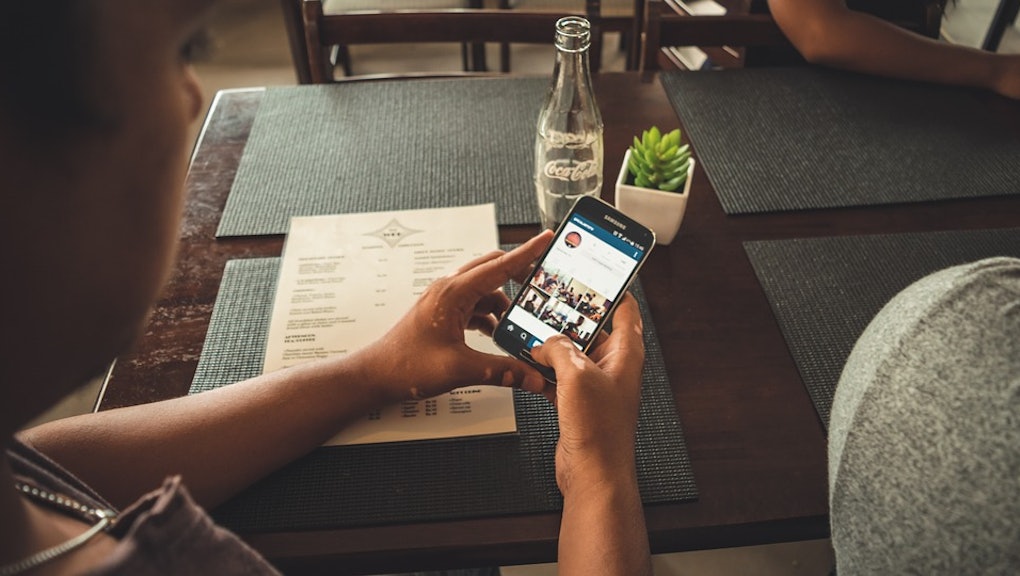 Timing your Instagram is just as much of an art as capturing and editing it. You could have the perfect Instagram of your matcha latte, complete with strategic VSCO Cam editing that accentuates the trendy drink's greenness and a location stamp that shows you purchased it at the most "underrated" Brooklyn mom-and-pop coffee shop, but don't expect many likes if you don't post it at the optimal time.

"I've never seen a room light up in flames faster than the one wherein an entire dinner table found itself divided over the best time to post on Instagram," Man Repeller's Amelia Diamond wrote.

The important issue Diamond addressed is that while there's countless about what times businesses and bloggers should Instagram, there's scarce information for us normals who just want to share a picture of our cool new sneakers, selfies and GNO (Girls Night Out).

While that point is valid, we can use the data out there to make educated guesses on when the best time to post our average pictures to our less-than-average following for maximized results. Here's an analysis of how all the data out there applies to the average everyday Instagram users.

2 a.m. and 5 p.m. — The wee-morning hour of 2 a.m. and the early-bird work dismissal at 5 p.m. are the most optimal times to Instagram, according to a Latergramme study for Huffington Post of more than 61,000 posts. "We think this is because less people are posting at that time and that more engaged users are using Instagram at that time," Latergramme founder Matt Smith told Huffington Post.

Analysis: 2 a.m. Instagramming should be left to professionals for a couple of reasons. One, the normal Instagram user awake at 2 a.m. is either deliriously drunk or just delirious, and drunk social media is even worse than drunk texting. Two, if it's not a drunk move, it's a desperate one. If you're deliberately waiting until 2 a.m. to post your frickin' latte to Instagram, you might as well make the caption, "did this cause HuffPo told me I'll get the most likes haha #L4L."

5 p.m. is kind of normal, but it also might look like you meticulously planned the Instagram all day at work, fully prepared it in the chute by 4 p.m. and eagerly waited until the clock struck five to hit "publish" — maybe wait 23 minutes.

Analysis: Instagramming anytime between 3 a.m. and 6 a.m. is, as Diamond put it, "universally agreed upon. 'Sketchy,'" and because 6 a.m. just misses that cut off, it's a bit questionable and eager. Early-risers may be grateful for the fresh content to stalk on Instagram to procrastinate getting out of bed, but at the same time, they're 100% judging you for it.

Whenever you want — The best time of day to Instagram is essentially whenever, according to a years-long data report by TrackMaven. The data shows most brands post between 2 p.m. and 3 p.m., but "overall photo effectiveness is consistent no matter what time of day!"

Analysis: This is not helpful in any way whatsoever.