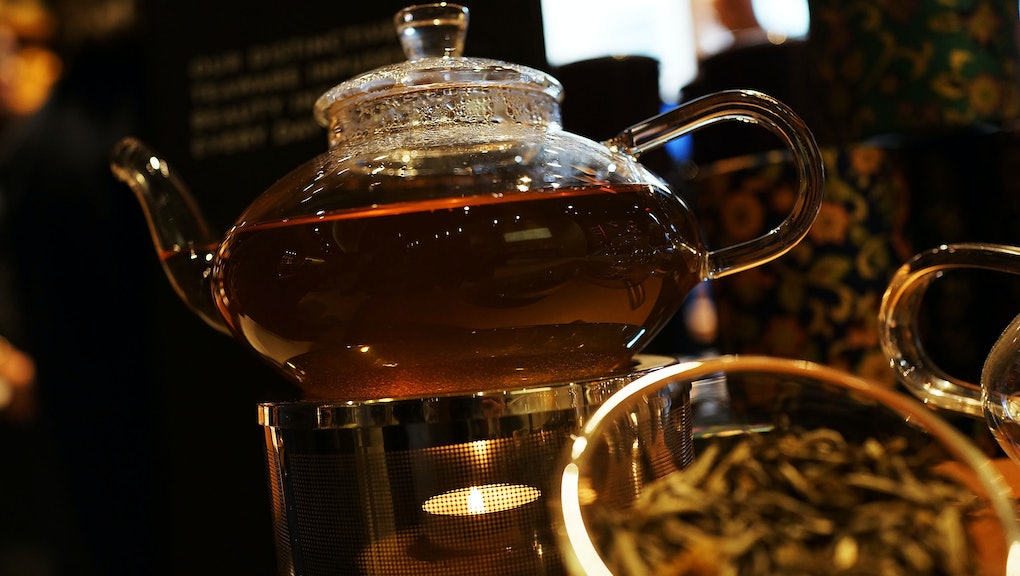 Here Are the Best Teas to Help You Fall Asleep

There's nothing like a hot cup of tea to help you settle down and get cozy at the end of a long night — but what kinds of teas really help you fall asleep? Tisanes, also known as herbal teas, are teas made from leaves, roots and fruits that are usually devoid of caffeine. This is because herbal teas usually do not contain the leaves of the tea plant, where black and green teas come from. Avoid the caffeine kick before sleeping and drink these herbal teas instead.

Chamomile has long been thought to help with sleep and stress reduction. A 2010 study of the herb said that, despite a lack of clinical trials, "chamomile is widely regarded as a mild tranquilizer and sleep inducer." Chamomile is found in Sleepytime and other tea blends sold as sleep aids.

Valerian is another plant thought to be a natural sleep inducer. A 2007 article published in the journal Sleep Medicine Reviews said "evidence in support of the effectiveness of the herb was inconclusive," but said it's safe to consume. So if you believe in the sleep-bringing power of valerian tea, by all means, keep drinking it.

Passionflower may be a tea ingredient that's actually proven to help with sleep. A 2011, double-blind study found that people given passionflower tea "showed a significantly better rating" of sleep quality than those who received the placebo.

Lavender is another plant that is often associated with sleep and relaxation. A 2010 study published in International Clinical Psychopharmacology found that "lavender oil preparation" Silexan "had a significant beneficial influence on quality and duration of sleep." While the study didn't address the effectiveness of lavender in tea form, it's often an ingredient in teas intended to enhance sleep.