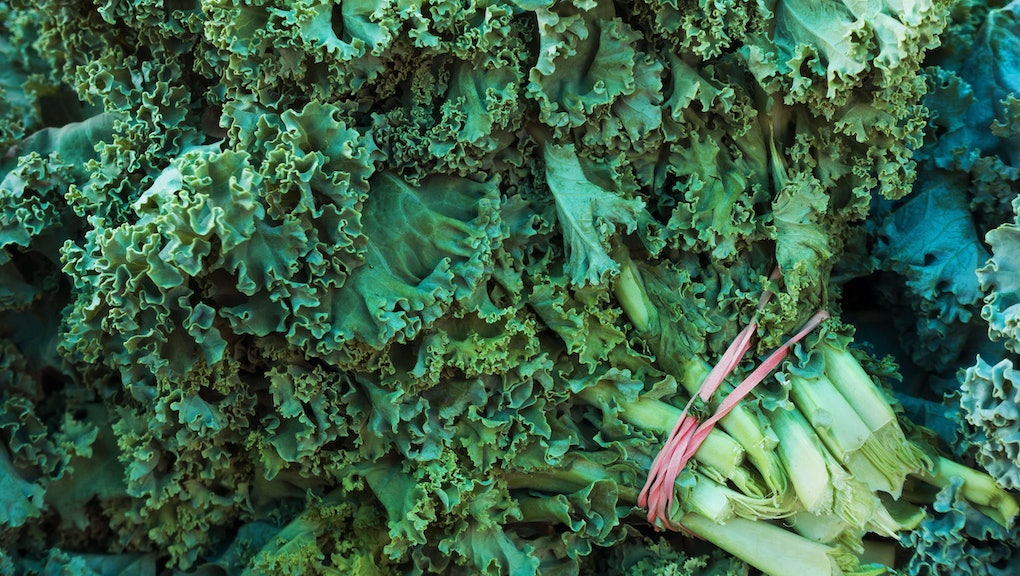 Just How Healthy Is the Superfood Kale? Here's Why the Hype is Well-Deserved

Think health food, think kale. The kale craze has surged so greatly that seed supply is insufficient, as farmers and seed companies struggle to meet consumer demands, CBS reported in January. The craze may be in no small part due to celebrities like Kevin Bacon and Jennifer Aniston advocating for kale's health benefits, according to Us Magazine.

Whether it's blended in a smoothie, eaten raw, baked as a chip or sautéed, because the dark leafy green is repeatedly regarded as a top superfood, the Washington Post reported. "Any vegetable that has a very deep color the way kale does, that means there is a high concentration of nutrients, and that translates into a range of antioxidant and anti-inflammatory effects in the body," Deirdre Orceyre, naturopathic physician at George Washington University Medical Center's Center for Integrative Medicine, told the Washington Post.

According to the U.S. Food and Drug Administration, one serving of kale contains 9% of the recommended daily value of calcium, 206% of daily vitamin A and 684% of daily vitamin K. These vitamins help with heart and bone health, along with boosting the immune system and metabolism, Live Science reported.

Over 45 flavonoids (phytonutrients that provide health benefits), which translate to antioxidants and anti-inflammatory properties, are in kale. Out of its Brassica family, which includes broccoli and Brussels sprouts, kale has the widest range of these healthy properties.

Kale has also been linked to reducing and aiding in certain cancers. A 2012 study found kale extracts to reduce existing colon cancer cells. It's indole-3-carbinol nutrient is also used as a supplement for those with breast cancer due to its help in estrogen metabolization, according to the Washington Post.

Kale is also dense in fiber, which is especially important to the digestive system. Studies have found fiber to aid in managing diabetes.

Kale also has a little more protein than spinach does, about 3.3 grams of protein, according to Prevention.

Kale might be considered heart healthy too. It contains omega-3 and omega-6 fatty acids, which have been found to decrease someone's risk for heart disease, Live Science reported.

Despite all of these benefits, it's important to not overdo it on the kale. Its raw form can be rough on the digestive system. Cooking kale in water or broth can also be counterproductive because the nutrients in kale can be lost in the liquid, the Washington Post reported. So be sure to drink that up too.