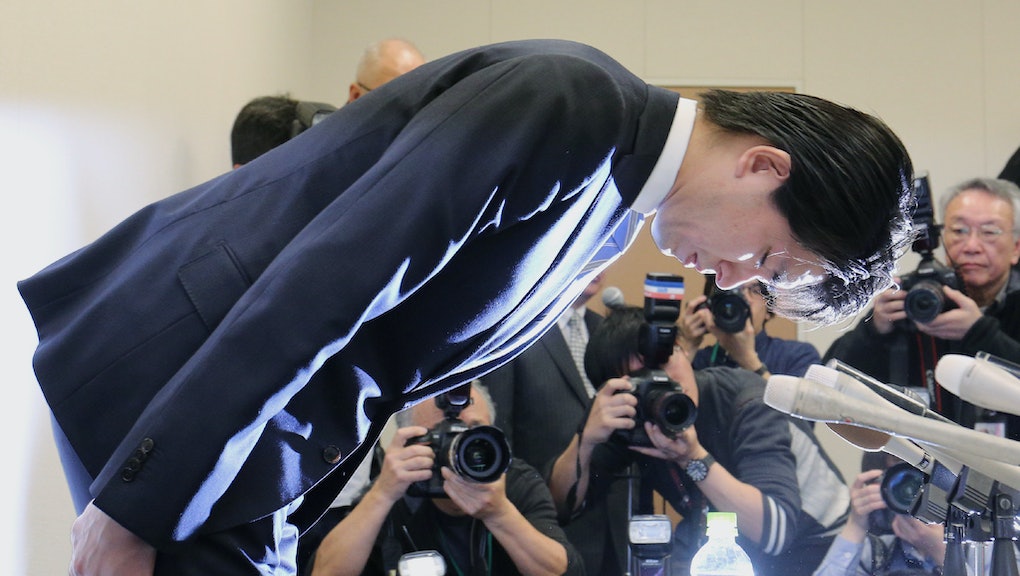 After making history in January by becoming the first Japanese member of parliament to take paternity leave, the 35-year-old resigned on Friday after local tabloid Shukan Bunshun reported that he used at least part of that time off to have an affair with a professional kimono dresser.

And the plot thickens: His wife, Megumi Kaneko, is also a politician, currently serving as an MP in the lower house. Miyazaki reportedly cheated on her during a trip to his constituency, Kyoto, just days before she gave birth to their child on Feb. 5.

"I plan to repent for the rest of my life," Miyazaki said in a press conference Friday, according to NBC. "I know my careless acts are inconsistent with the ideals I was advocating. For that I am deeply, deeply, deeply sorry, and resign as a member of parliament for this."

Read More: Norway Has Found a Solution to the Gender Wage Gap That America Needs to Try

Abe announced his goal of increasing the number of men who take paternity leave from the current 2.3% to 13% within the next four years, the Guardian reports.

Being closely associated with the central figure of a very public and controversial national issue may well impact Abe's favorability. But what's more, the scandal could be a setback in the fight to recalibrate social norms.