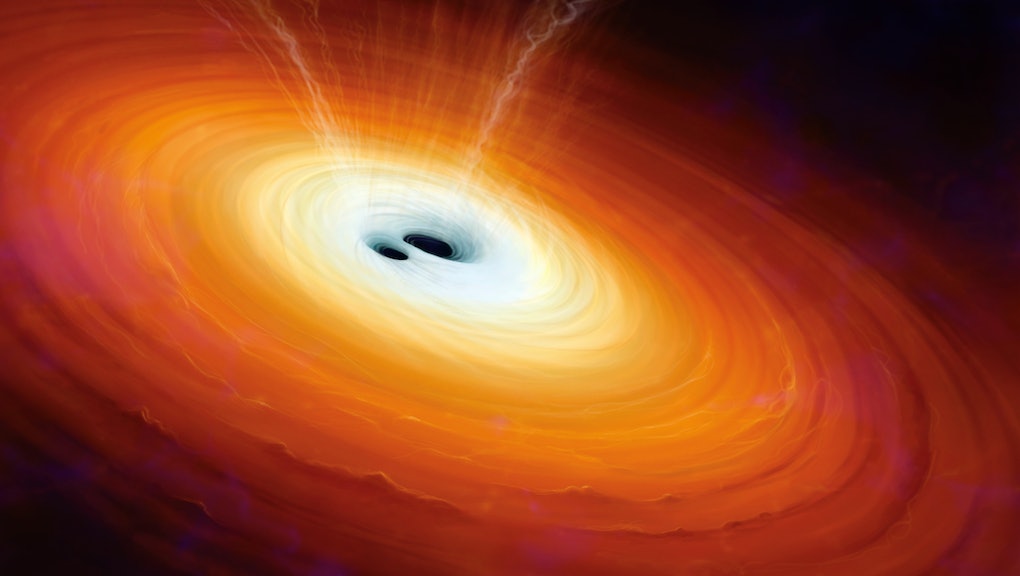 The Discovery of Gravitational Waves, the Biggest News in Science, Was Leaked … On a Cake

Minutes before the Laser Interferometer Gravitational-Wave Observatory officially announced the discovery of gravitational waves, confirming part of Albert Einstein's 100-year-old theory of general relativity, the world found out about it ... on a cake.

"There was a cake made at Goddard Flight Center with the gravitational wave graph on it made to celebrate the detection," Gregg Harry, a member of the LIGO team, told Mic. "A picture of it ended up being tweeted a few minutes before the official announcement ... but not anything that really caused any problems. I think it really goes to show just how excited everyone was about this discovery."

Erin Lee Ryan, a researcher and the University of Maryland and NASA's Goddard Space Flight Center, tweeted an image of a cake made to celebrate the occasion — 16 minutes before the 10:30 a.m. embargo lifted on the announcement. Ryan told the Washington Post that she knew the information was embargoed, but didn't think a picture of frosting counted — and that, technically, the embargo was for news outlets, not people trying to eat dessert.

Still, the fact that the biggest news in science was broken on sheet cake is incredible, and hopefully, as Ryan pointed out, it becomes the standard form of official astronomy announcements.

But the news itself deserves much more fanfare. Space scientists just gained the ability to hear deep into the past of the universe, opening doors into new technologies and ways to perceive the space around us.

So, as Marie Antoinette never said, let them tweet cake.